It was a week full of crazy.
The first home game of the season should have been calmer, and... at home. But some things are not meant to be, and there is just nothing that can be done about defective turf, or the downpours that soaked the evenings past saturation. Or even lightening delays.
But when all of what needed to happen to get us there and out onto the field was said and done... there was just enough time to climb up into the stands and find a seat, just a bit weary from the process.
And then it happened.
That bit of silence just before the National Anthem begins... that breath of time when there is nothing but anticipation. Oh, the anticipation! Of the song, the game... marching band season.
It comes again... faithfully. 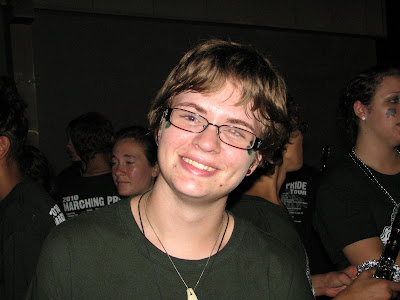 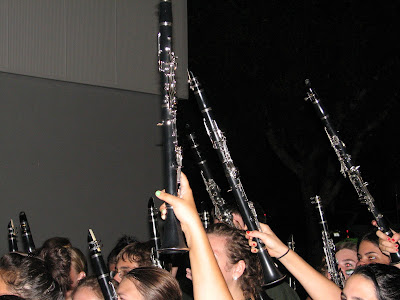 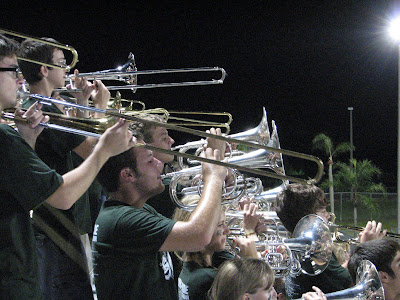 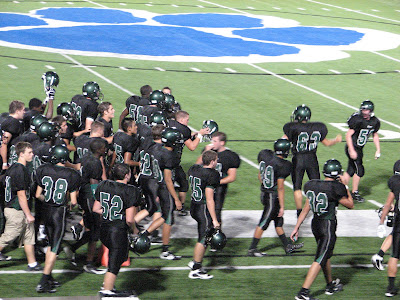 And at the end of our Friday night, when my voice was strained from cheering, for the band and for the team, victory won out over exhaustion. And it didn't matter a lick that the bears won their home game on someone elses field.
Nope... not a bit.
Because my beautiful fall Fridays are back, right where they belong.

This is great, I adore your enthusiasm. It has rubbed off on your kids too...when I saw them both they were so HAPPY!!!

Supporting your kids is a wonderful thing to do. Back before The Man retired, he worked crazy firefighter shifts, which meant he had a lot of days off, in a row. On his off days, he was a high school coach at a private school and he said it was so sad how many kids have nobody from home who comes and supports them. Really sad. Your kids are blessed, and so are you.