She was so excited to finally be having a party!
She told me it had been a year since the last one, and I know it is one my Mom's favorite things to do. We {family} are not often on the guest list, which is always fine... but I got to thinking crazy thoughts.

This weekend my parents would celebrate 35 years of marriage. I love their love, and every day, I am thankful. Thankful that she opened her heart again. Thankful that he saved us. Mom and Bob are absolutely two of the best people I know.  We're lucky and we know it.
But what do you do for the people you love most, who don't need or want for anything? I thought about taking them out for lunch... but Bob would probably insist on paying. Plus, it was getting to be last minute.  My thinking cap was working overtime, and when I came up with a plan too crazy for words... I spoke them anyway. And Eric? He shook his head slightly, and took it in stride, the way he usually does when my eyes grow bright with hope. The next call was... my sister. Are you free tonight? I'll pick you up at 8pm. 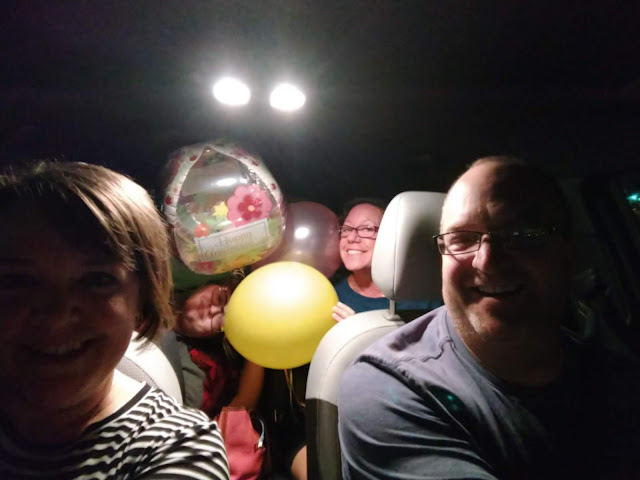 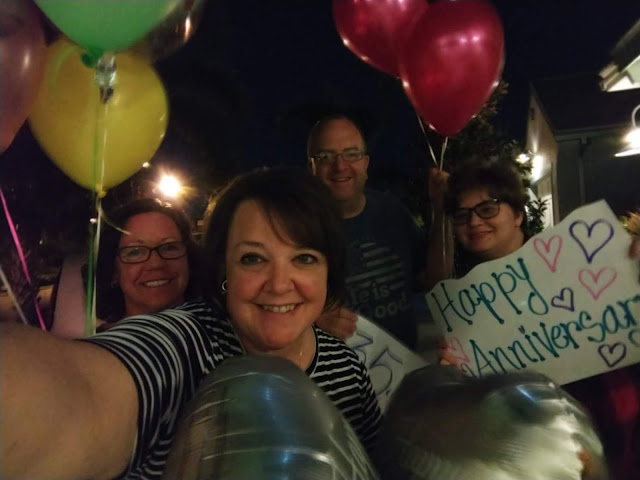 We gathered up the last anniversary balloons in town, and drove across town, giddy. I felt like the prize patrol from Publisher's Clearinghouse!

It's getting late... I hope they are still there.
She won't be mad, will she?
Have you ever crashed a party before?
If I move the balloons this way, can you still breathe? 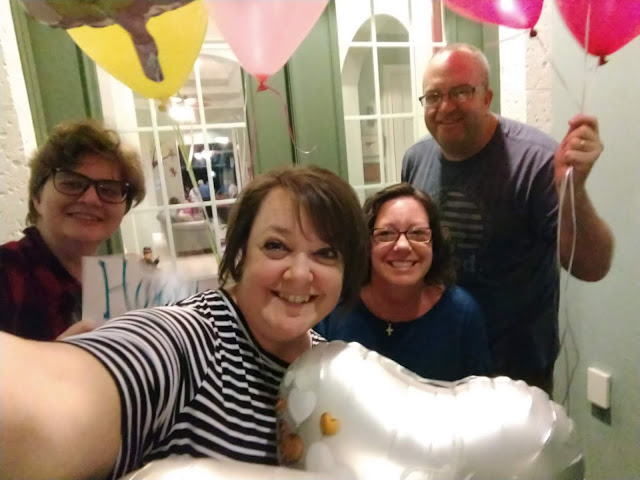 Peeking through the door, we could see that the party was in full force. We took one more photo before we threw open the door and started shouting Happy Anniversary! I could see Bob, who looked up, but hardly missed a beat in his conversation. The party guests looked a little confused, and Mom was around the corner and it seemed like she had to climb over a few people to see what was going on. But then there she was, almost teary, and in disbelief that we were there shouting and carrying on... celebrating them.

It was so much fun.
But... not only did we crash the party... we broke it! Within a half hour every single guest had said their goodbyes and the house was empty.  But we stayed a little longer, gathered around the table, and played a game. And it felt... kind of perfect.

Posted by Dawn 2 comments:
Email ThisBlogThis!Share to TwitterShare to FacebookShare to Pinterest
Labels: fun, keeping on, my mom

Just one day late... but it was a busy week with lots of fun! 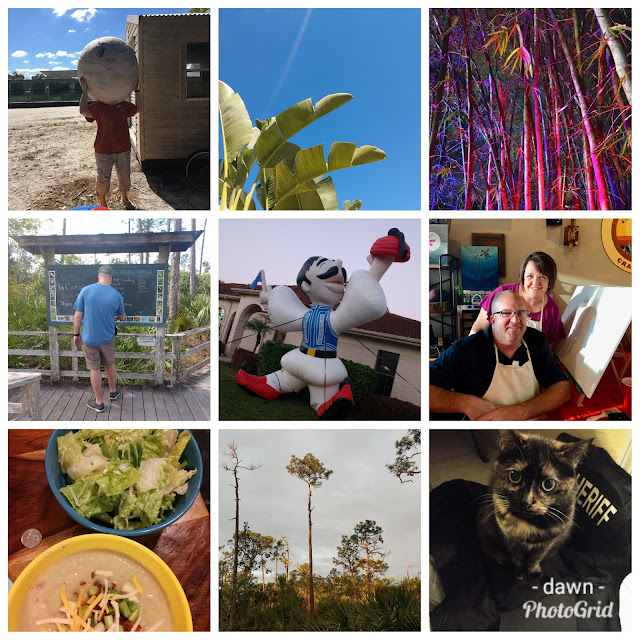 1. Fun at the zoo day... we're making a second huge paper mache ball.
The smell of it reminds me of my Miss Piggy paper mache mask in 4th grade.

2. Blue sky. Is there a more beautiful blue? I don't think so.

3. Zoo lights... more fun at the zoo for Zoobilee! Our great night even included dancing!

4. Writing down our Saturday morning sightings.

5. Opa! I love when this guy shows up! It means Greek festival and baklava.

6. For our Valentine's celebration we went to a painting party.
Ours turned out pretty good!

8. There's something about the way the evening sun makes the trees glitter gold after a rainstorm.

9. This kitty... she is the only way I can get my kids to text me back,
so I try to catch her looking cute for them! 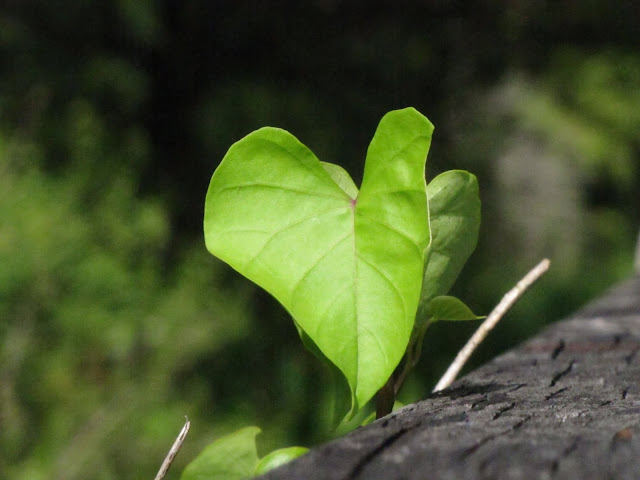 Wishing you a day that has you feeling loved!
Happy Valentine's Day!

I've been starting my days early... four-thirty early.
When you know yourself, you have to find ways to win against the games. I know that I will make any excuse not to exercise after work, and thinking of excuses can be exhausting. So... I refuse to let myself have the chance to think.

Wake up.
Get dressed.
Workout. No time to think up an excuse!

Someone shared this with me the other day... and while I had heard the first part, what followed was new to me.


A dream written down with a date becomes a goal.
A goal broken down into steps becomes a plan.
A plan backed by action becomes reality.


And so... I continue to set my alarm to win against myself. 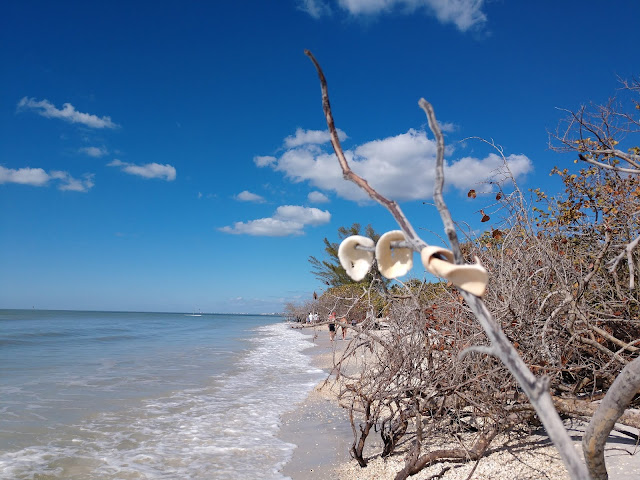 I see skies of blue and clouds of white.
Bright blessed days and dark sacred night.
And I think to myself what a wonderful world.

Happy Wednesday!
I thought it might need to be a second "short" version week... but it turned out that I had captured just enough fun this week! 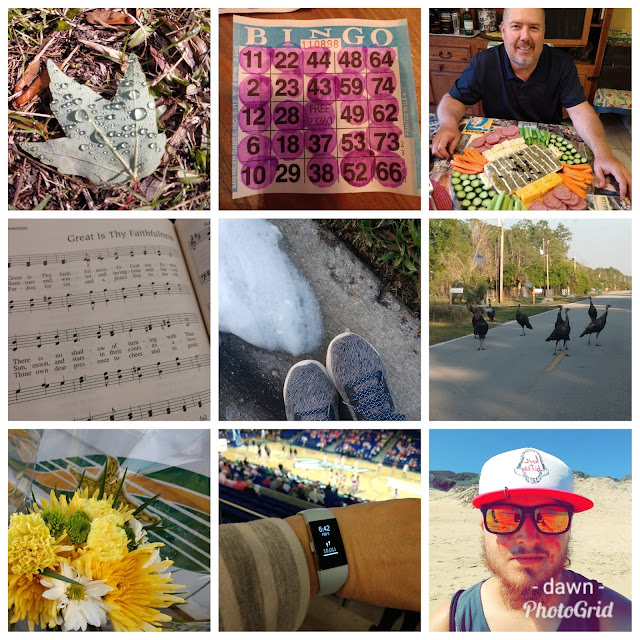 1. Saturday we had a 2-for-1 walk.
We walked the Corkscrew Swamp boardwalk and then
couldn't help ourselves... we traveled safari road for a short add-on.
This leaf just caught my eye... after the rain.

3. Did you have SUPER SuperBowl snacks? Our friend outdid himself!

4. Great is my Faithfulness.
We are getting back into our Sunday routine and I have need it!

5. A walk around our block...snow?! I'm sure it's just bubbles.
It's been cool here, but certainly never cool enough for snow!

6. Traffic was tough on my way home from picking up Laura...

7. I knew exactly where these came from (extra from his Do the Right Thing ceremony!)
but any day someone brings you flowers is a great day! And they came with no less love...

8. A couple of laps around the arena before the game started got me where I needed to be!

9. Catching a glimpse of my son, who is half-way around the world,
is always a GREAT way to begin my day. I think he looks happy!

Once upon a time, Groundhog Day was my favorite holiday.
Why? Who knows. But I did write a little article for our High School Paper (The Scituation) entitled Shadows of Spring in honor of that feisty groundhog, Phil.

So in the spirit of the {yester}day... 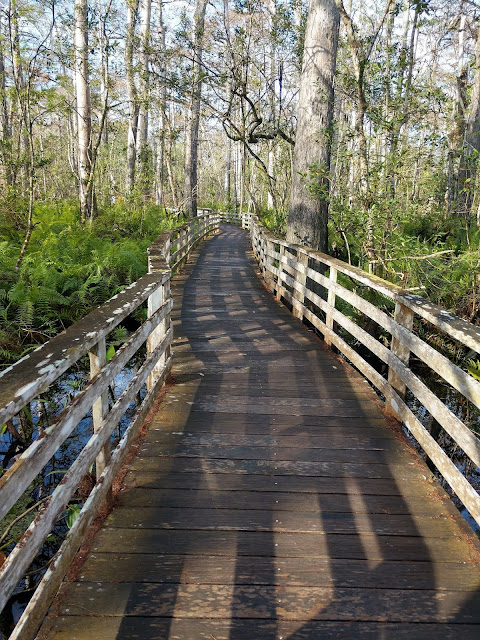 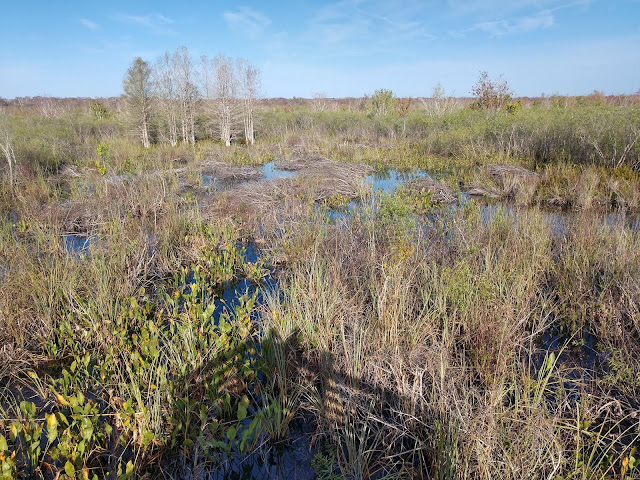 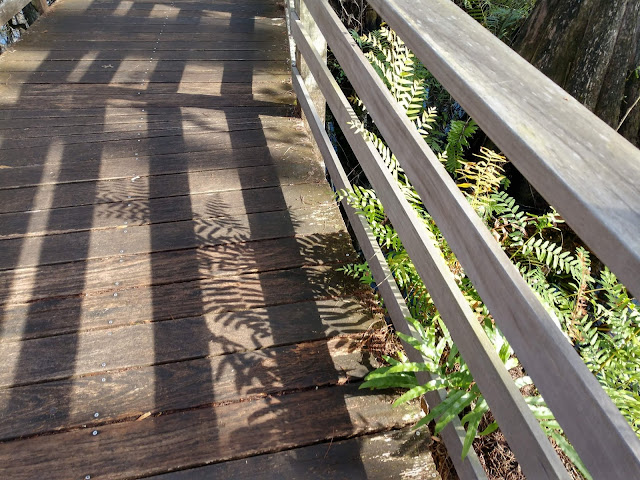 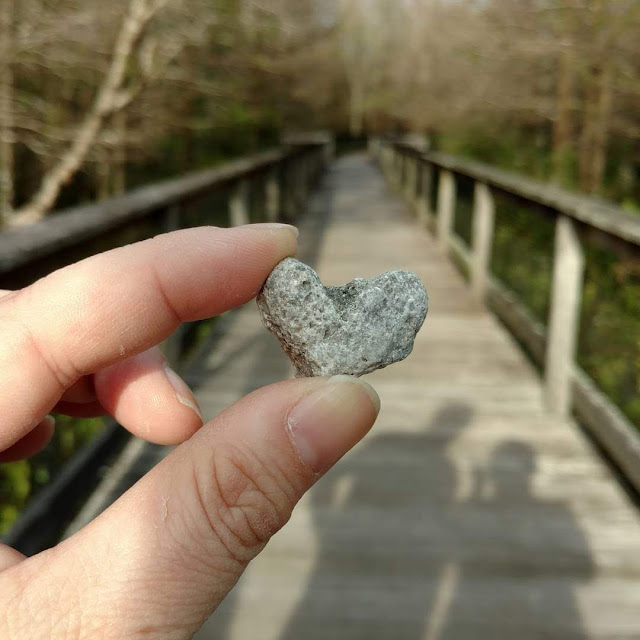