before {and after} the rain...

Friday dawned lovely... which was just my hope.
A beautiful day to kayak and laugh... play in the sunshine.


The sunshine, however, was short-lived, and when the rain came down, it could only be described as monsoon-ish. The roads filled up, and as we trekked our way home we commented that there shouldn't be a wake over the pavement.  My girl was soaked through from her shift at the zoo, and though the air was still hot and steamy, it looked like dreary fall afternoon.

I hoped it the sky would rain itself out before the football game.  Sixth game of the season and they hadn't yet cadenced into our stadium or performed the pre-game show and National Anthem on the field {due to rain & lightning delays.} We left for the game with umbrellas raincoats, hoping we might not need them.

I could hear the drums beating long before I saw them, and as soon as I did, we raced into the stadium, not wanting to miss what I had been waiting for all season.  They seemed to be gaining on us, but we made it up into the stands before they passed by.  We clapped and cheered, trying to make up for the empty stands... 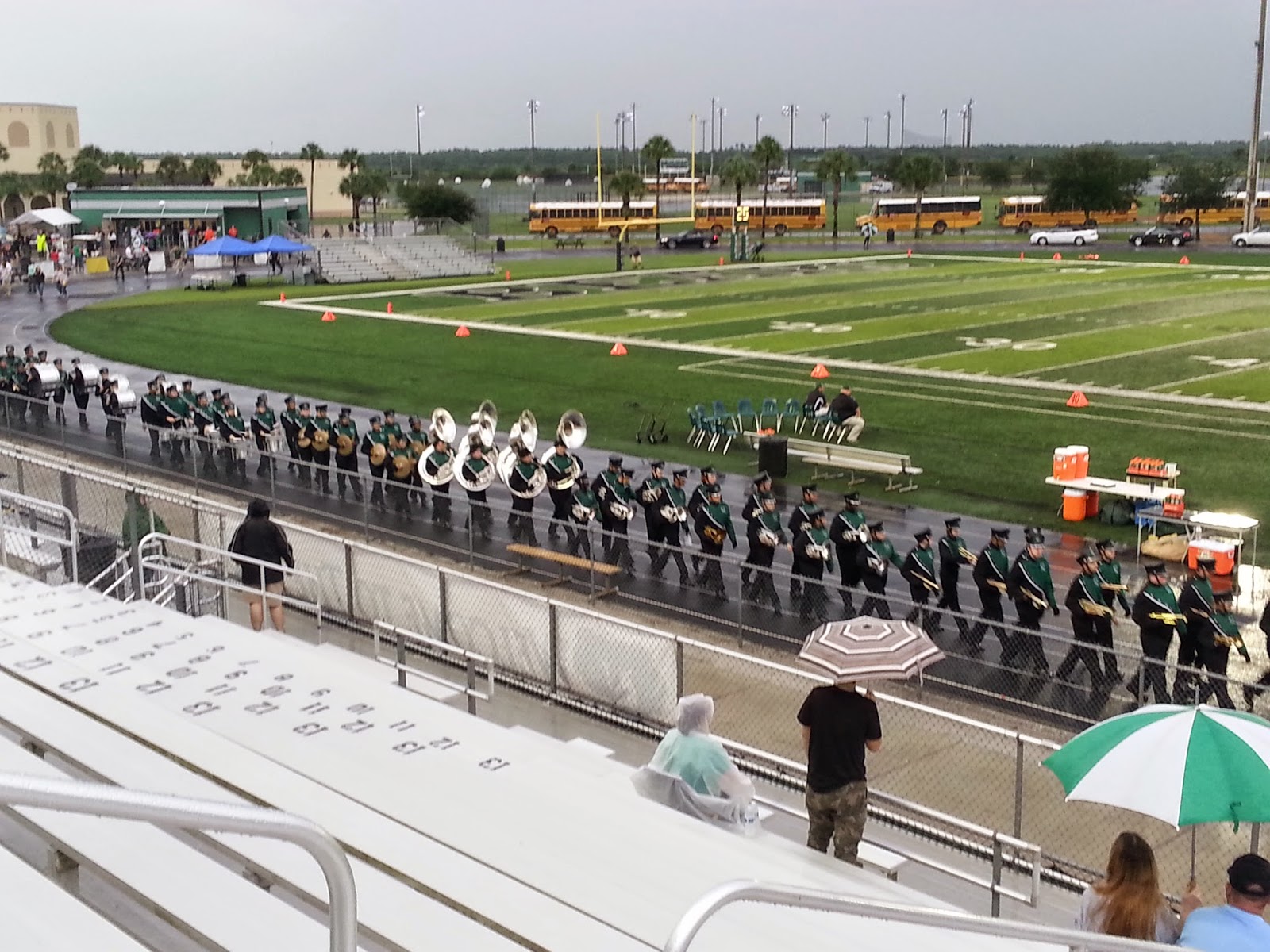 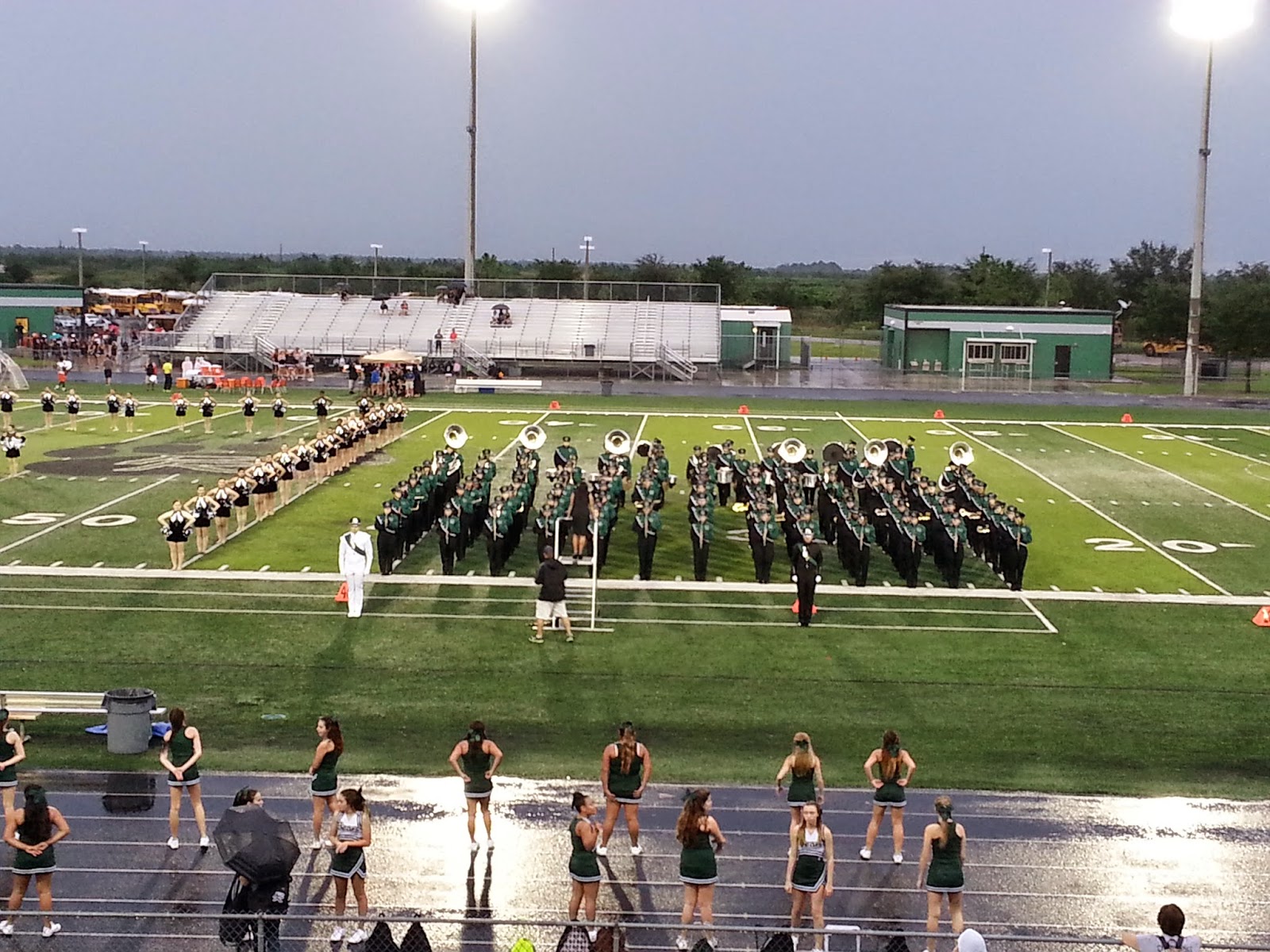 It was a wet, soggy homecoming game but the band played, and just before the final buzzer declared the other team victorious, the rain stopped.  I'm glad there was still fun to come for these students who worked so hard to make homecoming week a success! 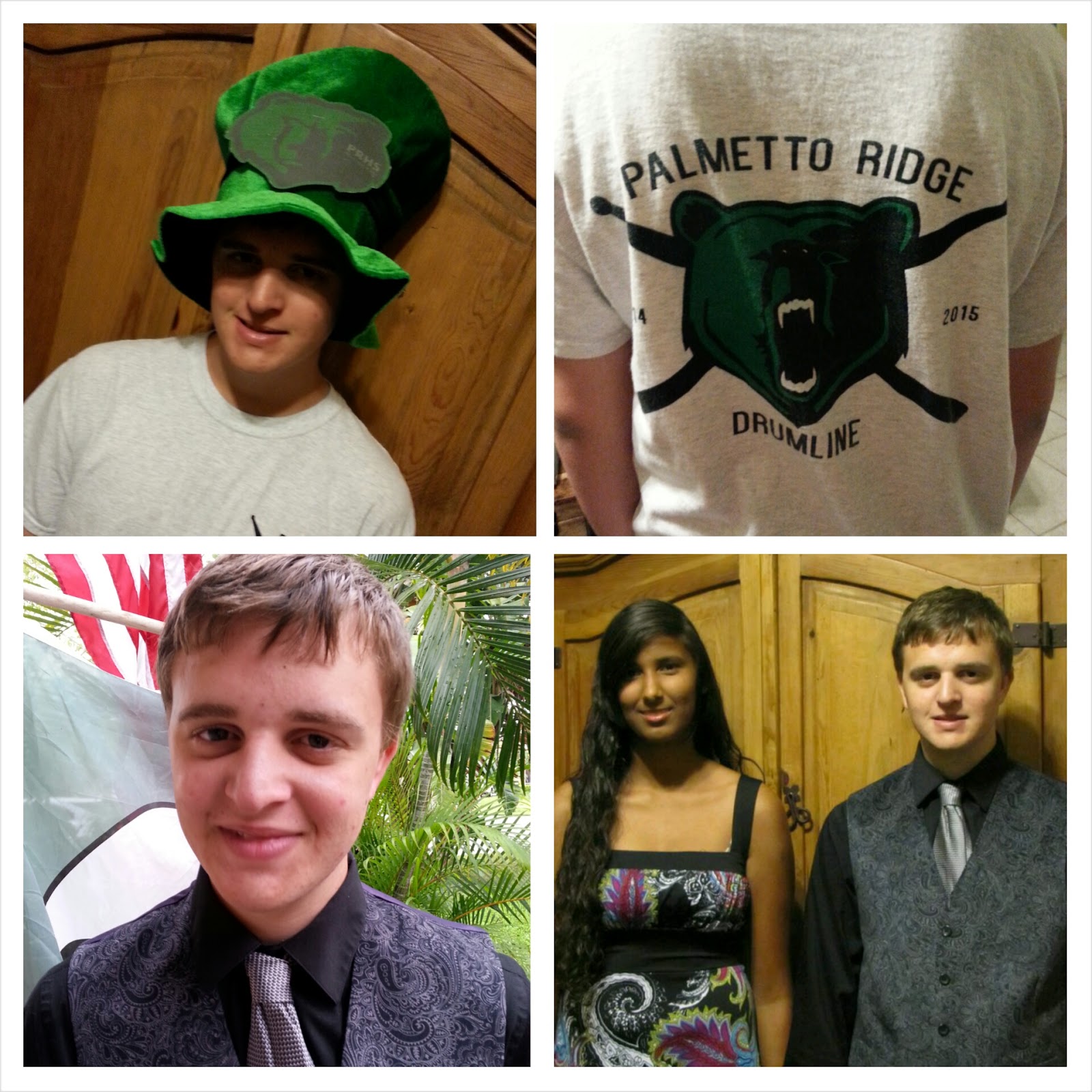 Posted by Dawn
Email ThisBlogThis!Share to TwitterShare to FacebookShare to Pinterest
Labels: camden, fun, keeping on

I'm glad you finally got to see what it had taken so long to witness! I see the drumline in the back. Which one is he?

You and I have matching toes right now. ;)

Diving in to pick out a dress for the wedding today. Prayers appreciated!

I'm so glad you were able to see/hear them cadence in; that was always my favorite part!!! I'd say the day was a success then; monsoon or not!