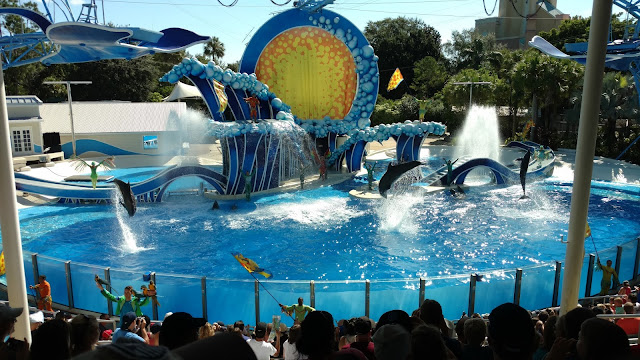 It doesn't feel quite like summer without a little family vacation, but it has been almost impossible to schedule it with Cam spending most of this summer in Iowa. But... he's home now, and we decided to scoot away this past weekend, the four of us, and pick up where we left off at SeaWorld.

It doesn't really matter where we go as much the being together matters. I can definitely feel that the beginning of the end is in sight... that family trips will soon be the exception rather than the rule. Even more reason to cherish four.

The day was grand, and full of thrills. Seventeen roller coaster rides for them, about half of that for me, and a few less for Eric. For the most part, we trekked the park as a group, enjoying the shows and time together. We let them loose to ride the new roller coaster a few more times while we... rested. 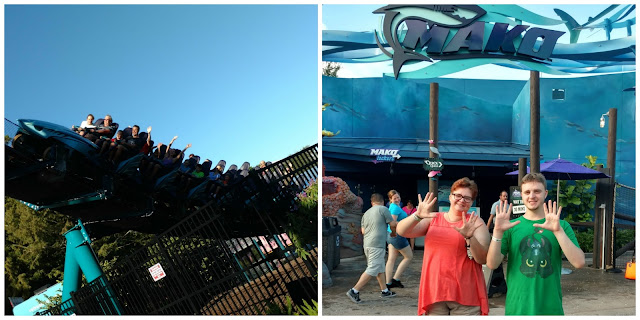 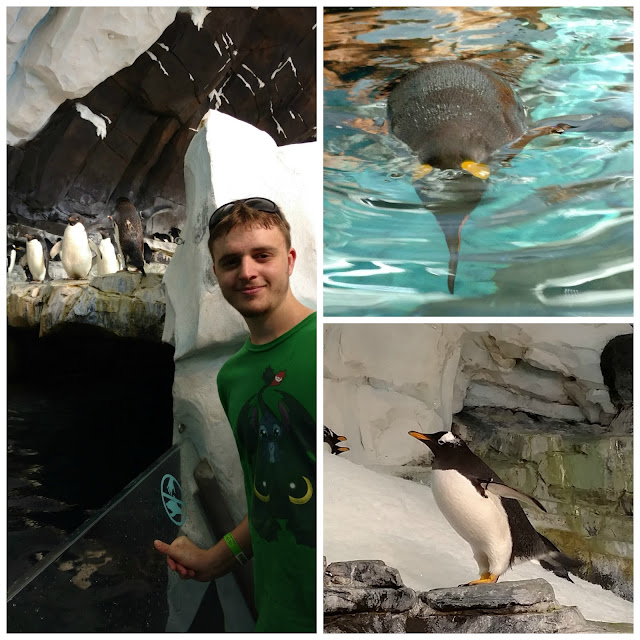 There is nothing like walking ten miles under the Florida summer sun!  We did find a few places to cool off though... like the Arctic, and Antarctica! I think Camden would have also liked the front row at the Shamu show.... but the top row of the splash zone was as close as I was willing to get!

At the end of the day, we were still laughing, still enjoying just being together. There is no more success than that...

So true. Nothing better. You are wise to drink it all in now, savoring every little moment. Family time is precious. Your family is precious!