When he was this small...
it may have crossed my mind. Or maybe not. As he grew and became more and more involved in scouting, I had high hopes... that he might achieve Eagle Scout.  At the time I had no idea what it really involved, but with each new rank he earned, I learned a little bit more.  Today, he is standing on the threshold.

Over the past few months, he has been working hard, making lists, and making those items on his to-do list come alive. Eagle project proposal, check. Pancake breakfast, check. Donation letters, check. Thank you notes, check. Project, in progress... 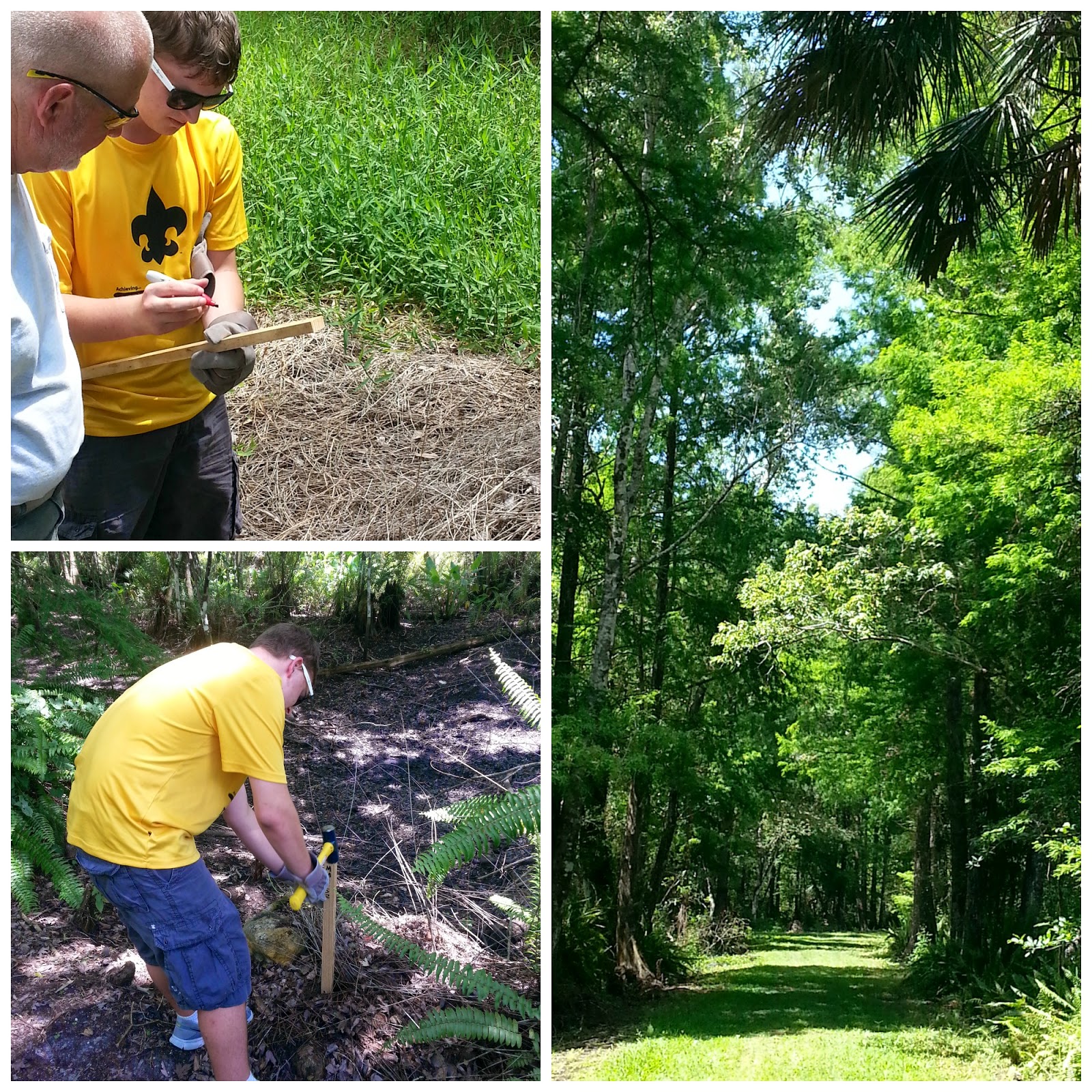 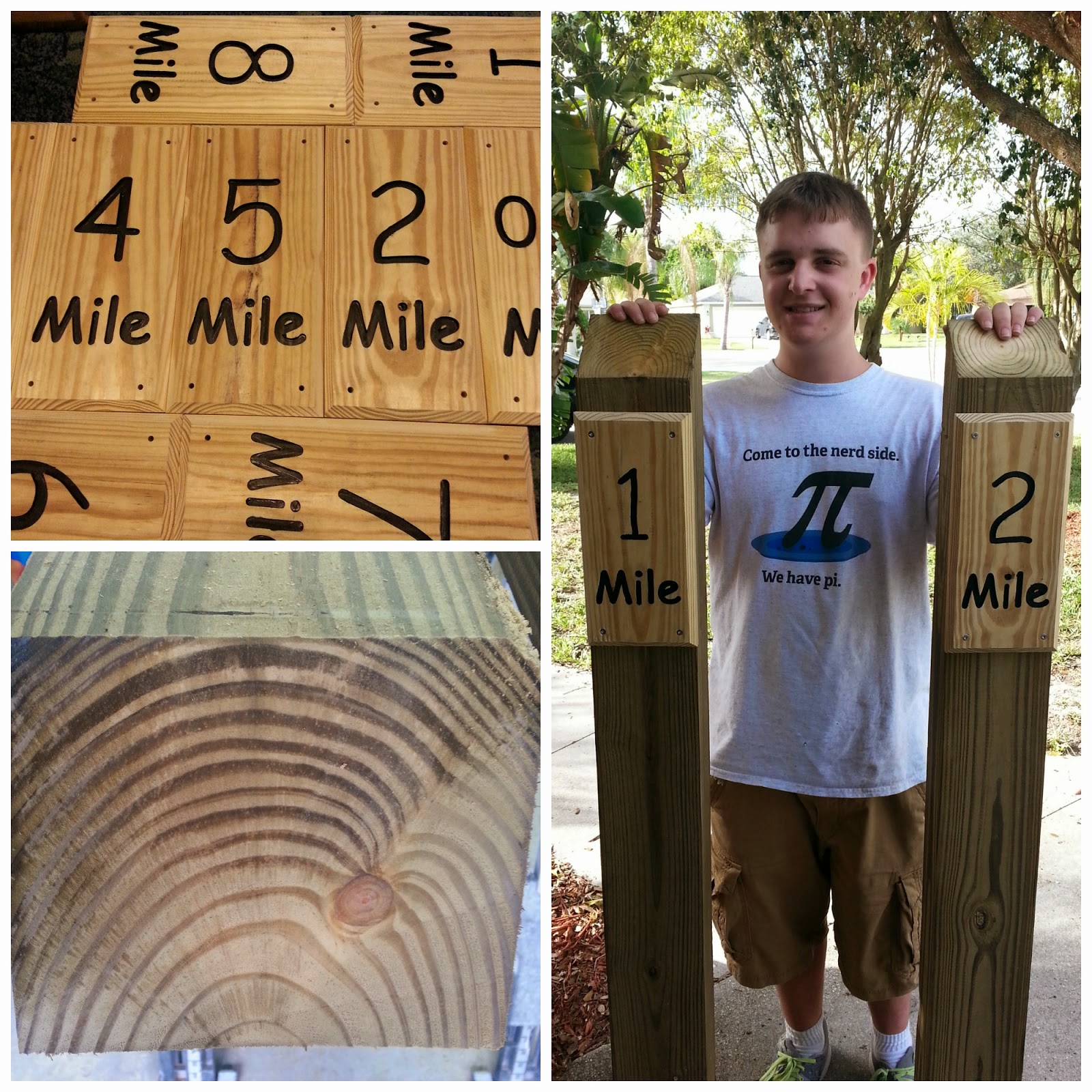 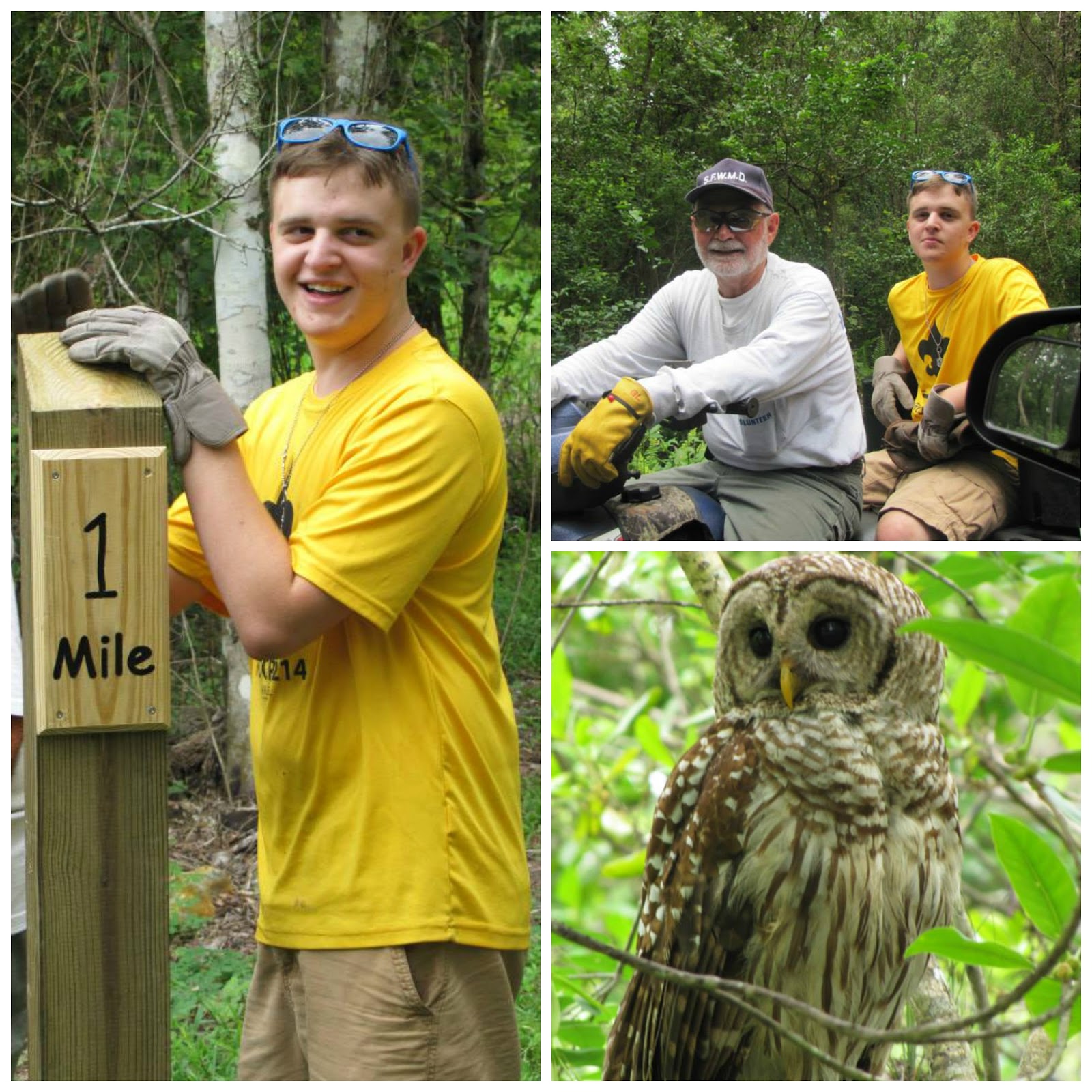 These posts now mark the miles on the path at the end of our safari road.  The logistics of getting materials and crews out on the twelve mile trail were tough, but this project has been important to him.  I know he is now at the point of just wanting to be done, but I think sooner than later, he will look back and he will fully know how much this experience means to him.


Nothing in the world is worth having or worth doing unless it means effort, pain, difficulty...
I have never in my life envied a human being who led an easy life.
I have envied a great many people who led diffcult lives and led them well.
-Theodore Roosevelt

Not only how much it means to him, but what it means to countless others who will walk those trails in the future and appreciate the hard work put into that project. Yay for Camden!

I love this. What a great experience for Cam; he is a leader!!!!!! I can't wait to see it in person as well.
XO