Just last week I was wondering why my fitness gadget had different settings for walking and hiking- I figured they were kind of the same. But as Camden & I started an uphill trek through the woods, it became pretty clear that they are different… 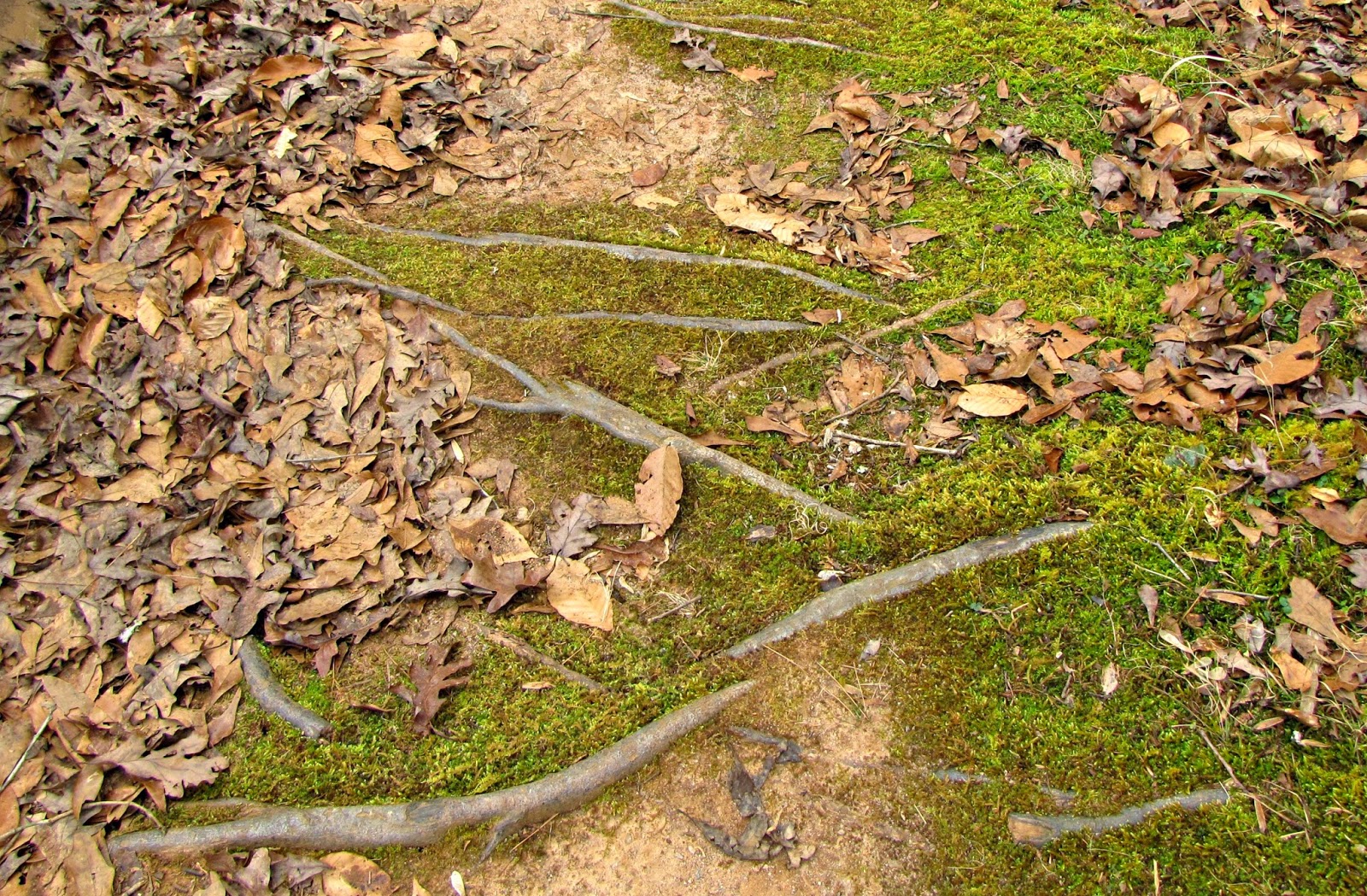 He led, while I trailed just a little behind.  Our sneakers tumbled the leaves that covered the path, and we could hear the crunch of frost beneath them.  The sound made me grin.  Cold may not be everyone’s favorite, but coming from Florida, we appreciated the climate change. 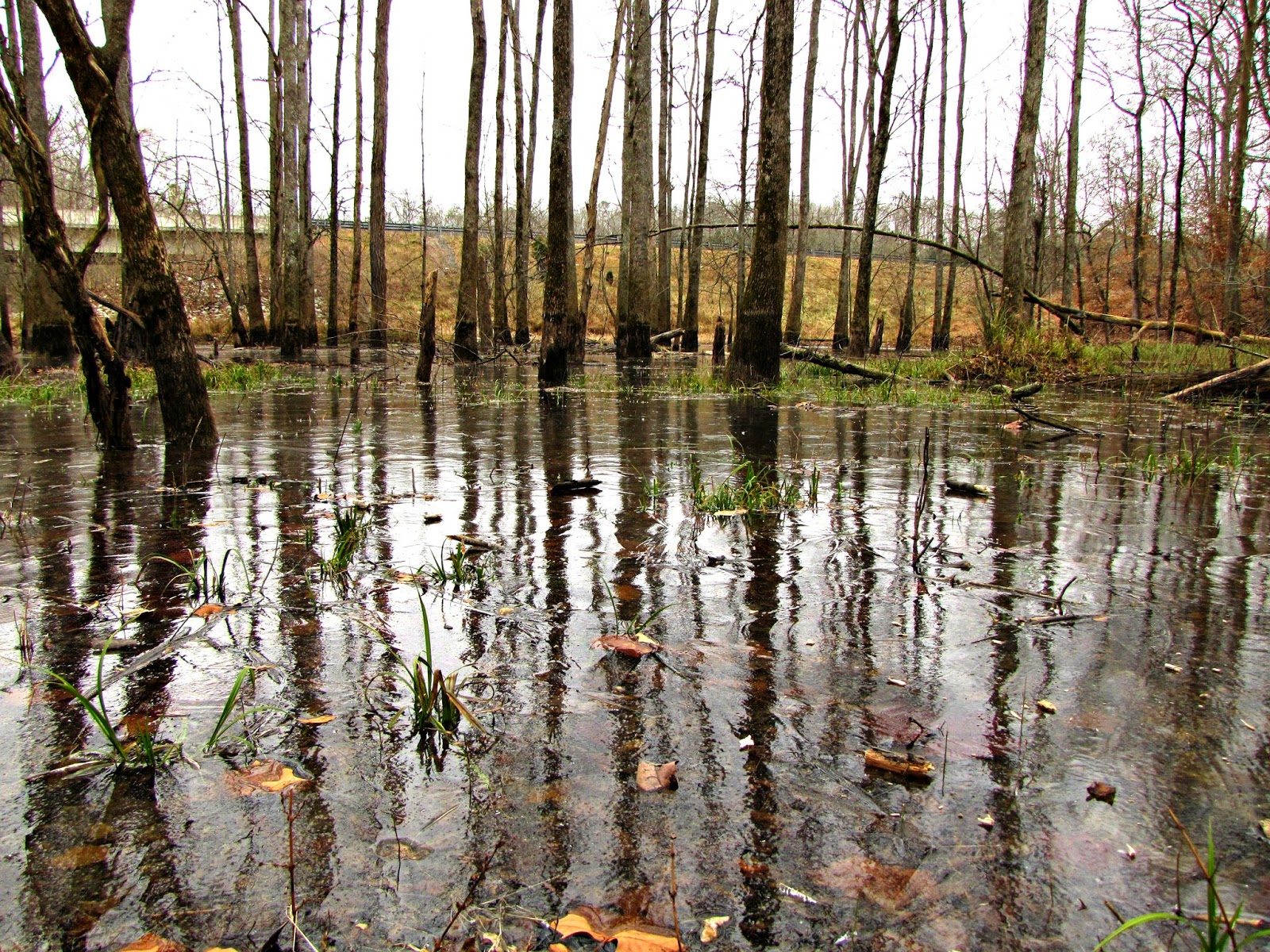 We strayed from the path when we spotted a pool full of trees that had frozen over.  Camden was fascinated by the ice, and I, in turn, was fascinated by him enjoying it.  He prodded the edge with a stick, he put his foot out past the edge and gently shifted his weight until the ice began to give way.  I was enjoying capturing his antics, when I heard him say it sounds awesome! I didn't hear the sound, but I stopped taking pictures and focused on him. He was tossing chunks of ice out over the frozen pool, watching and listening to them skid, echo and smash. It did sound awesome, and I thanked God for the stillness of the forest and that He stilled me, so that I could take it in. 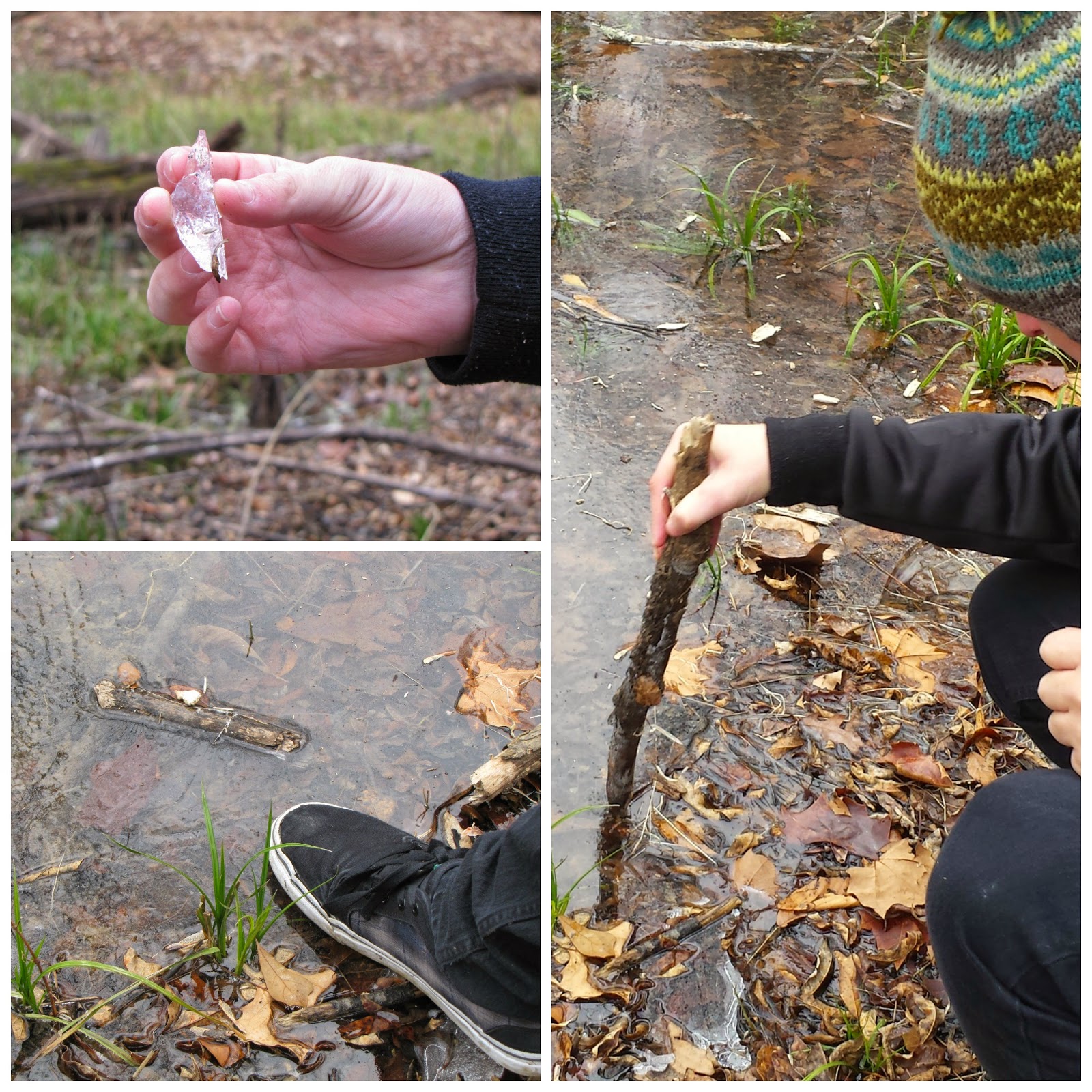 Back on the path, we encountered trees that were twisted and gnarled.  We followed the trunks from the ground, around and over and eventually up towards the light. Each had its own kind of beautiful... just like people. 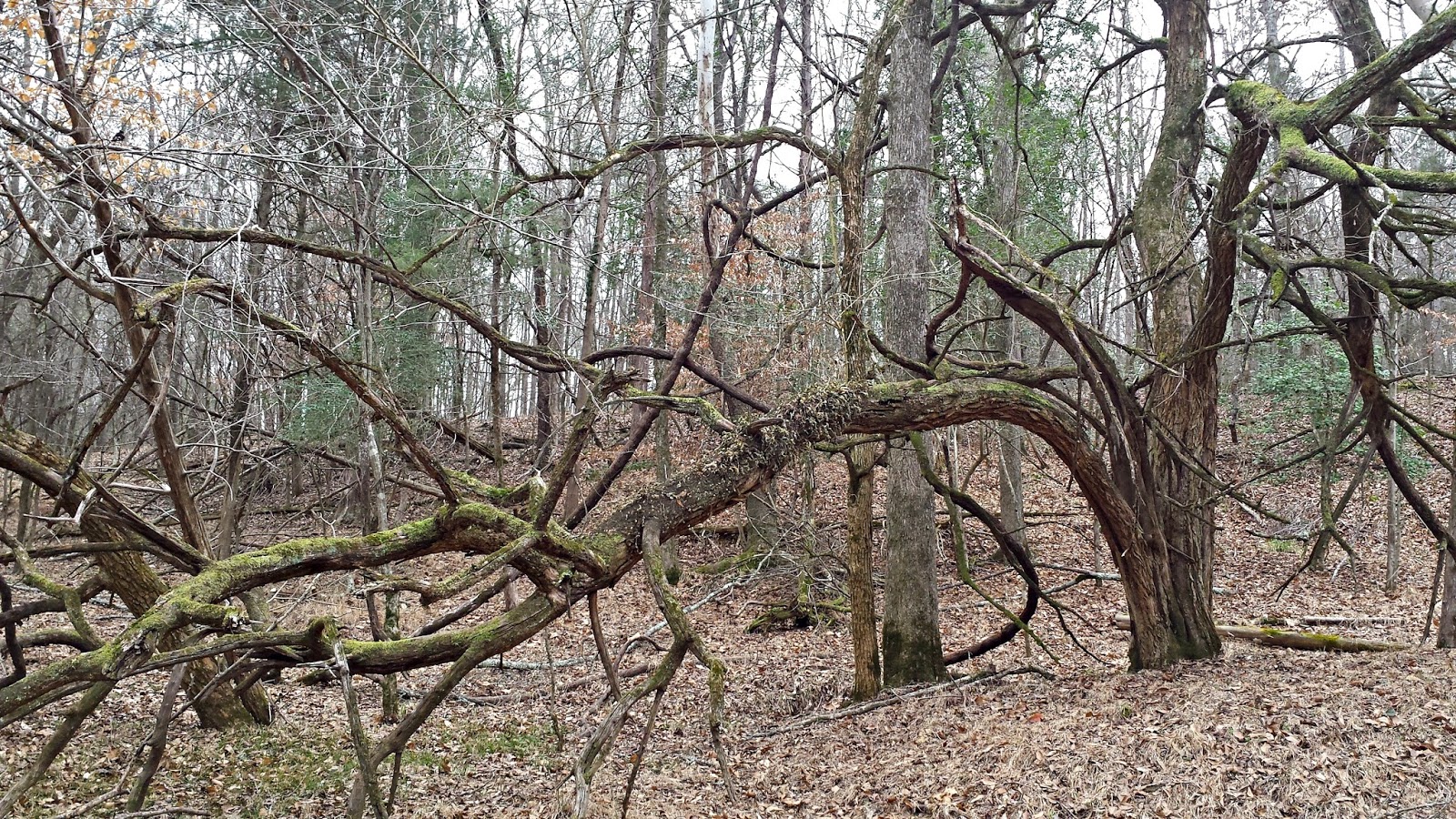 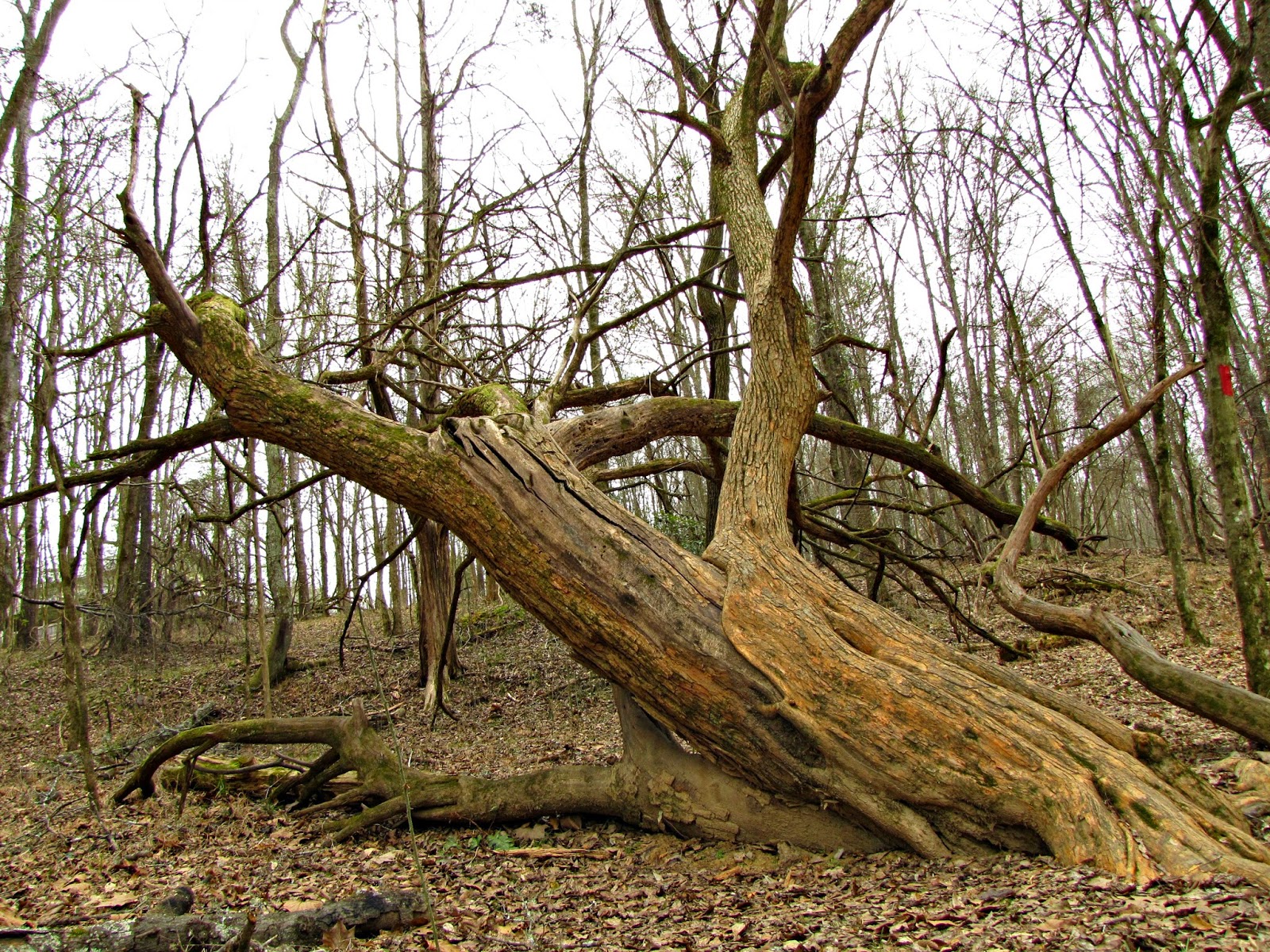 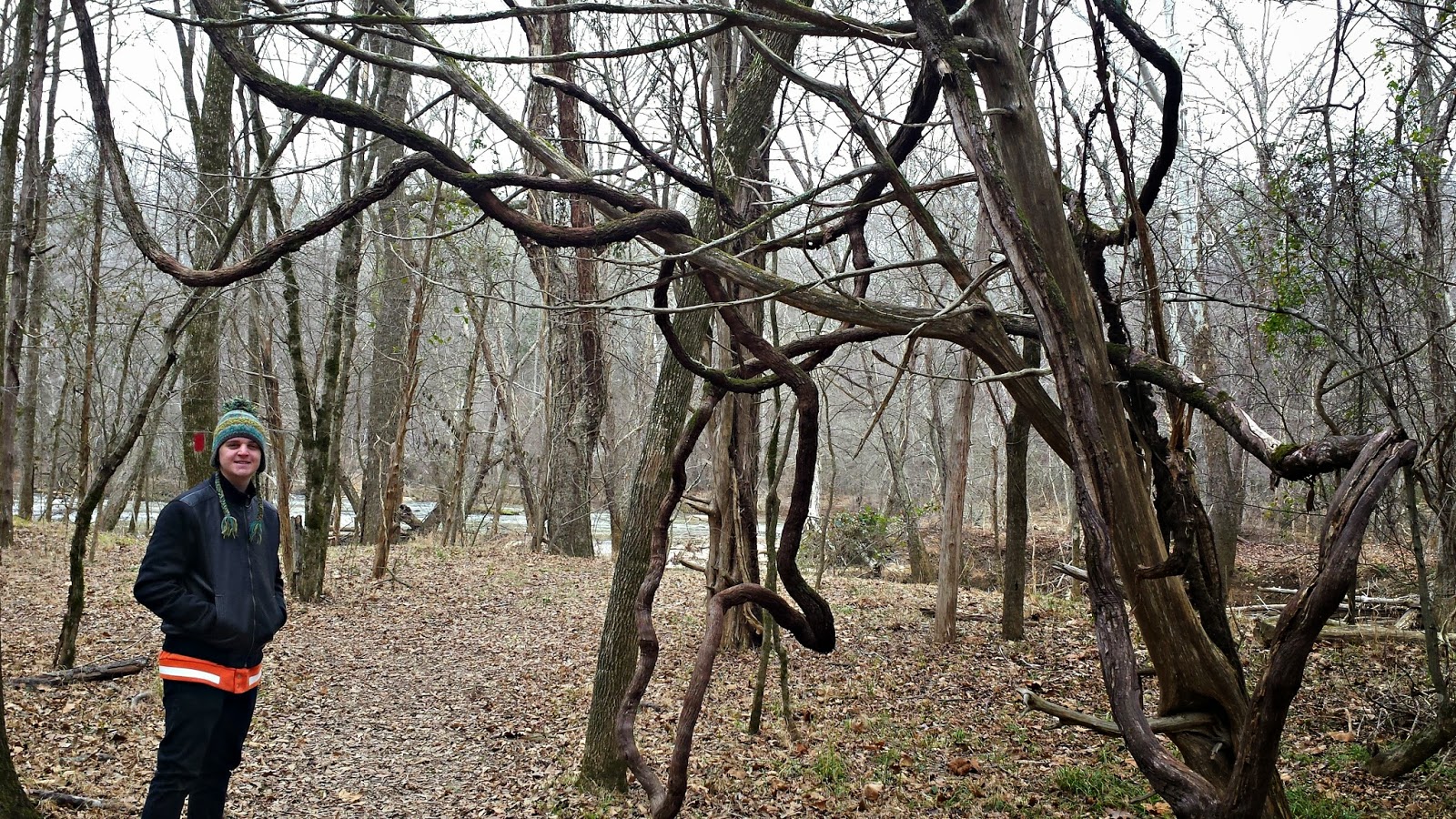 I was out of breath when we spotted the parking lot... but I felt so alive.  Nature has a lovely tale to tell, and if you surround yourself with it and listen, you can hear the story and become a part of it.

I'm glad you were able to enjoy a hike while here. You two saw plenty of ice! I'm also glad you discovered the difference in the hiking and walking for the fitbit. ;)