When it came time to finally go to graduation, I was ready. We snapped one more picture {which turned out to be my favorite} and headed up the highway to the arena. Since our girl graduated, the school had outgrown the gym needed a bigger venue. I was worried... but armed with four umbrellas, we stood outside in the long line and waited over an hour before the doors even opened. The wait actually flew by, surrounded by family and friends... and our plan to all sit together almost worked. 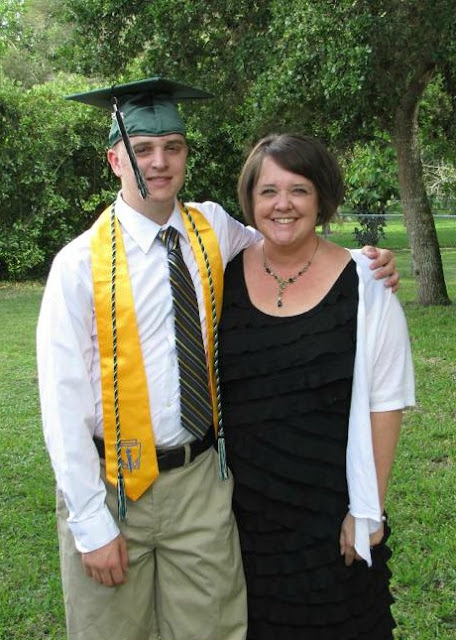 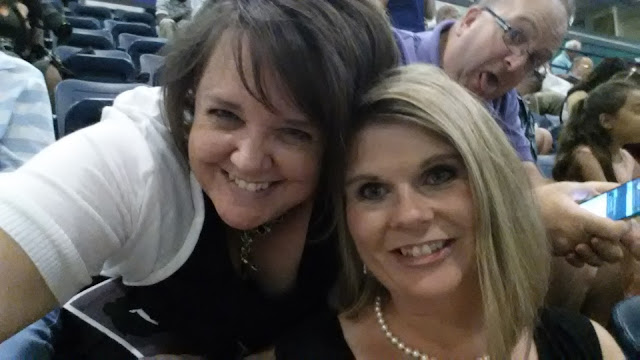 Before the ceremony, Cam texted me to say I'm in the fourth row now, same side. Still sit where you planned and I was glad to know where to be looking for him in the sea of 400.

When that music started and the graduates started their march into the arena, it was beautiful {except that they turned the lights down and I could hardly see!} After a moment of taking it all in, my focus became finding my son. With his decorated hat, that beautiful gold stole, and him telling me fourth row, I thought I'd see him easily... but I couldn't find him. Bob leaned over and said there he is, in the second row! But I knew he was in the fourth row! Well, it turns out that Bob was right, and my definition of fourth row and Cam's were totally different...
Once I could see him, my insides settled and I could enjoy the evening with joy once again. Though the buzz in the room was mostly about the misspelling of the name of the high school on the front of the program (oops!), the night was fantastic - the speeches were pretty short and really great, and this group of young adults was honored for all they have accomplished this far. It truly felt like family.

And then, my baby boy walked across that stage and received his diploma. {It makes me more emotional to type that now than when he actually did.}  I felt all of this joy bubbling up inside of me, and for a moment, I thought I was going to cry... but then it passed and I could feel the smile spread wide across my face.
Leave it to you, my son...
to make the most of every opportunity, show off how hard you can work, and reach your goals, all the while smiling and marching to the beat of your own drum. {pun sort of intended, since that would make him smile all over again...}

Fabulous. What a great day! Proud Mama moments from all the years rolled into one day.