Everyone has a story to tell... a remembrance of that sorrow-filled day. We remember where we were and what we were doing... and it is as vivid to us today as it was eight years ago. That day stopped life in its tracks... and the joyful memories of the days just prior were all but forgotten. Leafing through my album... I saw the smiles. My daughter had finally learned to ride her two-wheeler... both Laura & Camden had bright smiling faces as they headed back to school... and we celebrated a dear friend's birthday, with smiles and laughter and the biggest piece of red velvet cake I had ever seen. But all of those things... those beautiful, life-filled memories, were forgotten in a single day. If I didn't have the photographs, I might not have recalled these moments at all.
But forgetting doesn't seem quite so important as remembering. And in the days after those towers came crashing to the ground, and airplanes left gaping holes in the Pentagon and a wide open field... we began to remember. We began to remember what we stood for... and who we stood before. Neighbors dug through their garages, remembering that they had folded up Old Glory... and they unfurled her and let her fly. Friends remembered who to place their hope in... and they were drawn to church and held hands as they prayed. Day after day, we saw those towers crumble... and day after day, we held out our hands to give strength to another.
I needed those hands to hold. I needed to see America joining together, once again, with a love for God & Country that seemed to have been forgotten. It gave my heart a sense of peace. As a camera-toting-kind-of-girl, I began snapping pictures... so that I would always remember this sense of kindness... this unity brought on by terror. My favorite thing was taking pictures of the signs around town... most of them a quick shot while I was sitting at a stop light, or pulling into a parking lot. I wanted to remember. I wanted to remember that Walgreens proudly proclaimed In God We Trust, United We Stand! and that the movie theater wanted all to know that Our Thoughts And Prayers Are With New York And Washington DC. God Bless America! USA is #1. I wanted to remember that my corner gas station wanted me to Stand Up For The Red White & Blue and that the people at the local rib joint believed that the Land of the Brave Means To Live Without Fear. As citizens of this great country... we stood by our flags poles... and clung to the cross. I remember... feeling proud of my country... because instead of hiding under the covers, we dusted off our American Spirit and displayed it boldly.
And it is that... that I never want to forget. 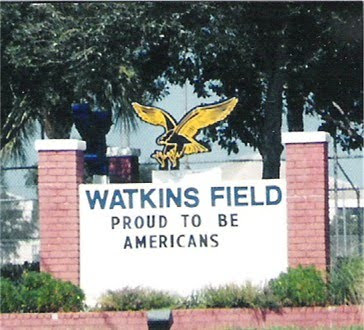 Terrorist attacks can shake the foundations of our biggest buildings, but they cannot touch the foundation of America. These acts shatter steel, but they cannot dent the steel of the American resolve.
-President George W. Bush, September 11, 2001
Posted by Dawn
Email ThisBlogThis!Share to TwitterShare to FacebookShare to Pinterest

this gave me shivers. Beautifully written.

This is such a beautiful tribute...thank you!

I never want to forget either. Thank you for sharing your memories of this day.

We not only have the same name...our posts are titled the same today. Great minds think alike!

Your blog is totally cuter though. Looking forward to one day figuring out how to make mine what I want it to be...and can I just say that I love your thankful side bar?!?!

Have a great weekend.

Well written thoughts... it was such a loss , of many things.

Beautifully written Dawn.
A day that changed so much for so many.

Beautiful. I am still amazed that even though I live within an hour of the city and a ton of my friends work there (including Andy at the time - even though we had only just started dating) I didn't lose anyone I know. I am thankful for that everyday while aware that others were not so lucky. I pray for them all.

You have an amazing gift with words! Thanks so much for sharing of yourself!!

I just love how you wrote so eloguently about this day.