her party in the park

The idea came to us in a flash... and both of us knew that this was the best idea for her birthday. The best. 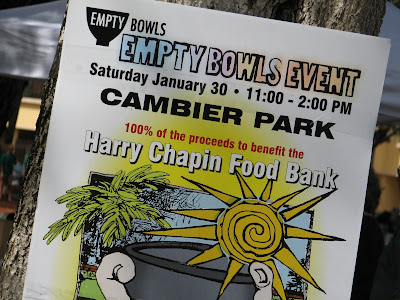 We had so much fun last year... just the two us. And we were anxious to share the experience, and search for bowls that she had made in class this year, or in clay camp this past summer. It called for a party in the park... friends, pottery, soup and giving back. All the important ingredients for her 16th.
The day also called for afternoon showers... and as I watched the sky, I prayed that God would hold the rain back... just a few hours. The gray, heavy clouds were rolling in... but the blue patches kept peeking through, as if making their presence known. Those bits of blue were just enough to give me hope.
I had actually planned ahead... and had picnic blankets ready and balloons to highlight our little spot. My sister took over the setting up while I went off to purchase the tickets and take a few pictures... so once the guests (and the birthday girl!) arrived, they wouldn't have to wait in line, and I would already have plenty of pictures of the tables full of bowls and the festivities.
I was planning on beautiful pictures... but my plans came to an abrupt halt when I noticed the bowl supply was diminishing by the minute. And then my halt became a mad dash as I raced to collect my dozen bowls... so at least each friend would have a bowl. As I made my way through the crowd my nerves increased and my heart raced. And all along I was thinking how this wasn't supposed to happen this way. Not at all. But I carried on... 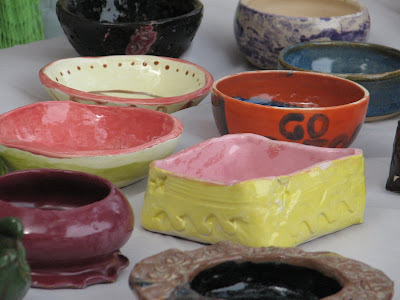 The plan was for Laura and her friends to browse the tables and choose their own bowls. I had imagined that it might take an hour for them to find the very bowl they desired, and for weeks I have pictured it in my head as the best part of the party. Instead of hundreds to choose from... there were twelve. I called Laura,who was on her way, to let her know... so that she would be prepared for situation and not disappointed on arrival. Her reply? Okay. She must not take after me... because even with her acceptance I was tied in knots. And my insides just kept twisting those knots tighter and tighter around my still-racing heart. Looking for a way to accomplish something while we waited, Tina went off to collect the water and bread that was part of the event. She came back empty-handed. There was no more water, no more bread... no more soup. All 1700 bowls and countless gallons of soup had been consumed in just about an hour. The party hadn't even begun... and my brain was almost past the point of being able to even think about a plan b. Thank goodness for a sister and a great friend. They reassured me that all would be okay. I did believe them... but my mind was in break-down mode... and all I could do was beg myself not to cry. 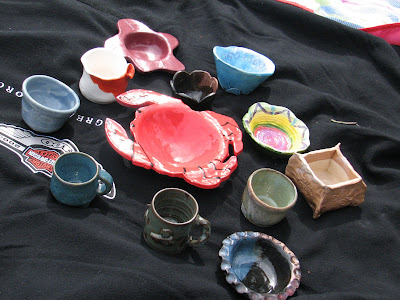 Laura showed up with a smile on her face... and she and her friends sat in the sunshine and chose their bowls from my slim but creative collection. We had dessert first... and then the kids all ran off to play on the playground (yes, 16 year olds!) smiling and just happy to be celebrating. And I knew it was going to be okay. There was laughter and joy and not a care in the world about the lack of soup.
And then... there was plan b. And c. My sister called into the kitchen where she works and headed off to claim some soup. And Becky scrolled through her phone and found the number for the pizza place where we had celebrated ages ago... 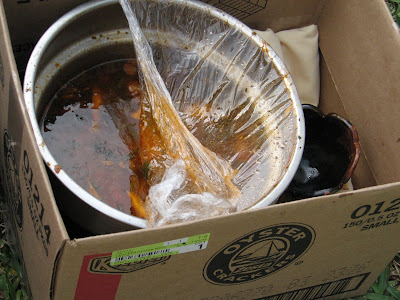 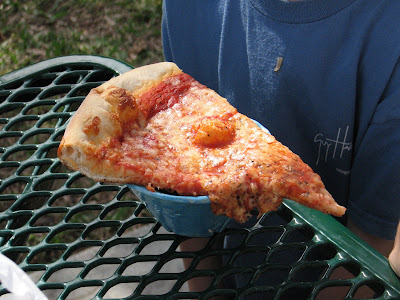 It wasn't what we planned... but my girl kept on smiling. 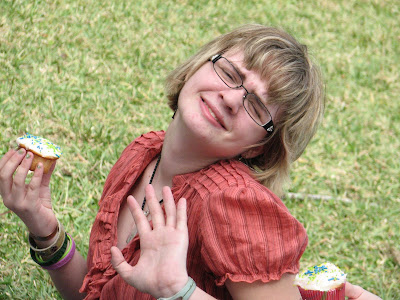 It took me quite a while to be able to sit and start to relax... after being so tied up inside. But sitting there... sipping the warm soup now in my bowl, and replaying the conversations I had with God during the turmoil... I began to breathe again. Eventually I looked up... and actually saw that those long ago patches of blue had stitched themselves together and created a full brilliant blue sky. We had all made the best of it... and although there was much disappointment, there was far more fun. And that was what her day was meant to be.

sometimes those days that don't go just right are the ones that we remember the most fondly. :) Looks like a fun time, with lots of fun memories!

I like helping with plans b and c! That's what I am here for. All had a lot of fun. xoxox

I am so happy her day was a success after all.
Knowing Laura, she was just happy to be surrounded by her friends.
I begged someone(s) to go with me...we would have ended up there around 1:00 and surely there would have been NO bowls left anyway.
xoxox
Suz

You're like me: wanting everything to go according to the plan (on the occasions when I actually do make a plan--not my strong suit). But God and Laura knew that it really would be okay. And it sounds like it really, really was! Once again, happy birthday to Laura! I love the way you made these weeks special for her. She is ONE LUCKY GIRL to have you for a mom.

Sometimes the curve balls are thrown for a reason :)
Looks like it turned out to be a splendid occasion!

Even with the issues with the soup, it looks like the day was a success!
Happy birthday to your birthday girl!!!

I LOVE this story. Your daughter has an amazing spirit!

Oh my goodness, despite all your anxiety, I was giggling! What a fun idea and I'm glad it all turned out in the end :)

Glad your daughter enjoyed her special day despite the setbacks. Happy Birthday to her!

Laura has heart. She got it from her mommy. Alls well that ends well.

When my Teddy was in school he used to make bowls for the Empty Bowls event in Phoenix. Memories.