We had planned to head for home first thing... unless our girl needed us.  But a glitch with the car had us waiting for the all ready call from a nearby garage.  I suggested two nearby parks, and he gave me that looks that says not thrilled, this doesn't meet with what I had in mind.  I felt like I was still convincing him when I pointed to the trail marker that said only 0.6 miles.  The morning was clear and bright, and the trail was vivid green... and truly, I think he would have done anything to make me smile, warding off any chance of possible tears. 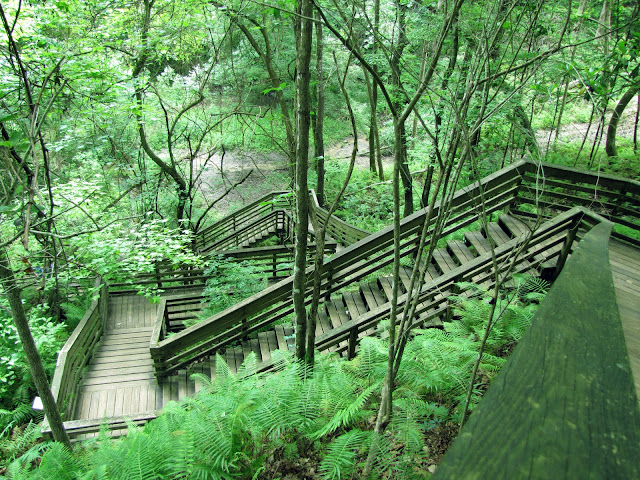 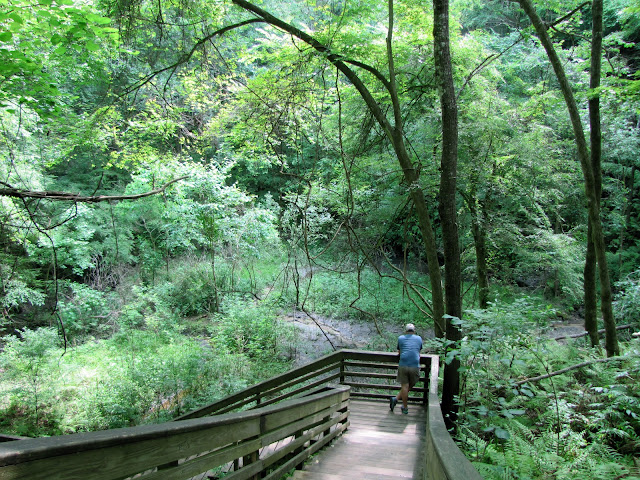 We skipped the loop in favor of the stairs, zig-zagging down into the limestone sinkhole.  The green pulled at me... so lush and wild, hundreds of shades and shapes.  The spiraling steps captured my eye, natural and out of place, all at once.  Streams trickled down through the stones, around fern and moss... and music of the earth sang to my heart.  Life, all around us. 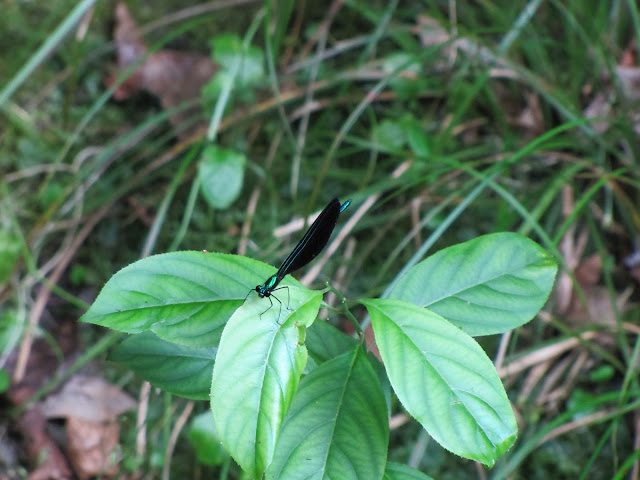 It was maybe an hour... both of us content with the time we spent.  Together, breathing in creation.  Then the call came, and we were heading home.  I tried to impress Camden by telling him that we went down into a sinkhole, but he turned it right around when his face lit up and said Oh! Devil's Millhopper?  He never ceases to amaze me...

Beautiful pics..so glad you could turn a crummy situation into something amazing and memorable. Love. It! : )

don't ya love it when those boys take the wind out of your sail like that? :) sounds like a beautiful hour!

"and the beauty of the earth sang to my heart" Love it! Beautifully caputured pictures.

That would certainly help to ward off the tears. I love your little adventures....especially if they are 'green'!
XO