he dreams a dream

He dreams of flight.
He wants to be a pilot when he grows up… and grown up isn’t that far off, I realize, as I look up into his eyes. Once upon a time I would giggle with him over what he wanted to be… cowboy, police man, car designer… and dream along with him.  It hurts to be honest here, but this is not my favorite dream.  It just isn’t.  But I will not utter one word against it... because I know, and believe this: For I know the plans I have for you,” declares the Lord, “plans to prosper you and not to harm you, plans to give you hope and a future. {Jeremiah 29:11}  It is the only place I can go when the worries get the best of me. 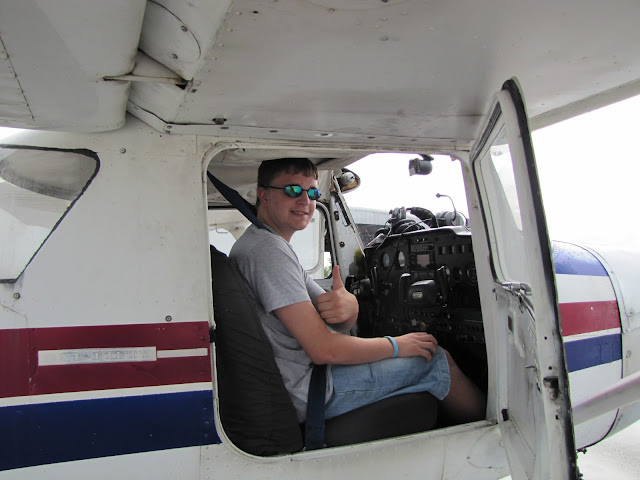 Last weekend, he flew.  He didn’t just ride… he flew the plane, with Julio’s instruction.  Out to the beach, down the coast, and back around again.  I knew that this would be the make it or break it moment… but as my own Mom said, what teenage boy wouldn’t be hooked?  Not mine.  That’s for sure.  Before his feet ever left the tarmac his grin reached wide.  And after?  Oh… well, I repeated that verse again.

Two years ago, watching the story of Daphne Sheldrick’s amazing dream on the big screen, my eyes rained down tears.  The reality hit me, there in the theater, larger than life.  How dare I even begin to dream for them?  To do so would only hold them back from what they are meant to do, who they are to become.  Because what if I dream too small?  The corners of my mouth turn up and I remember that yellow printing on a dark green Bearstone box... Mom, how far can I dream?  I don't have that answer... but I know that whatever they dream it will be beautiful, because it is their own, and that only God can take them there.

Oh the cry of every mama of an adventurous boy's heart....have you read bread and wine? Shauna talks about her mom anther brother and how her mama learned to pray, pray, pray for her son!

What a beautiful post from the heart of a God filled, wanting what He wants for my child mama. Really beautiful...

Oh, this tugs at my heartstrings. I'm so happy for Cam and I'm so proud of YOU. Letting them live their dream....no matter what. YOU are a wonderful Mama!
XOXO

(Thanks for NOT letting me know when he would be flying...that would be too much for me to know)