the buntings came back! 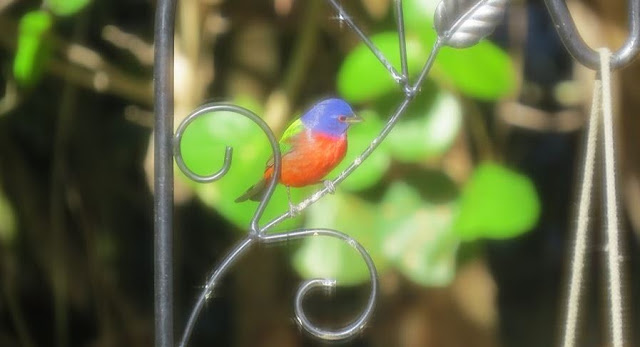 I was thrilled to spot three painted buntings at the bird feeder at the feeder this year! It is truly a joy to see them, and when they are perched having their afternoon snack, I can hardly turn away. I wasn't holding out hope for their return this winter, because half of their favorite tree came down in the hurricane.
: :
The hurricane... in many ways, we are still recovering from it, even nine months later. Thankfully, our home held strong and the two large trees in the yard are still standing. One of them split and fell away from the house, and while I fully prepared my heart for the other one to have crashed though the front of the house, I believe the criss-cross of roots held it back. Later this month our roof will be replaced - a few shingles flew in the wind (140 mph), and enough was damaged to warrant a new one - but no leaks! 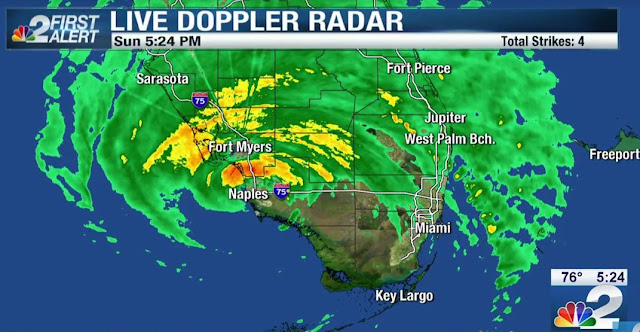 We were at Disney during the storm, watched it play out on TV, and started home as soon as it was safe. Our community was without phone service, and we couldn't get in touch with Eric's parents (they live a mile away), so we had no idea what to expect. Pulling off the highway was a shock to the system. It was almost unrecognizable... trees down, just chewed up by the wind. I had already prepared Eric for the tears that would come when we got home - either way. But the tears that fell were of thankfulness.

As soon as we knew our family was safe, Eric went to work. Overnights, in hurricane shelters and patrolling gas stations. It was five days without power, so we put our camping equipment and skills to work, trying to stay cool with battery-operated fans, using the battery-operated lights and candles, and setting up the camp kitchen on the lanai. We were asked to stay home, out of the way of first responders... but a couple of times a day I ventured up the road just far enough to get cell service. You knew you were getting close when cars were pulled onto the shoulder and your notifications started pinging! It was a chance to be in touch with the world, but not the people you were worried about most... unless they happened to have found a smidgen of service at the same time. It was a week before I talked to my parents again or was able to communicate with my sister. 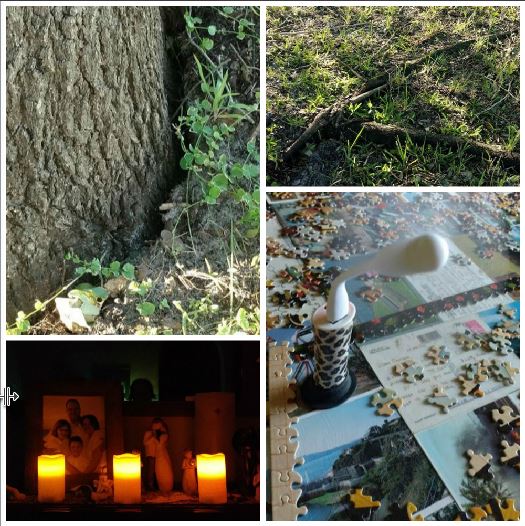 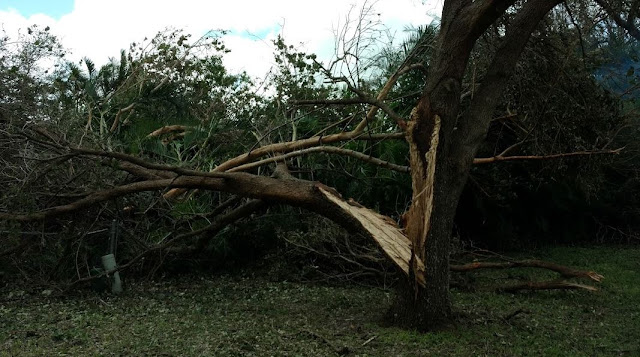 In the aftermath of any storm come the stories we need to hear... neighbor helping neighbor, communities raising money for the families and areas that were hit hardest, volunteers pitching in to clean up the mess. My parents worked tirelessly at the zoo, helping it to open six weeks after the storm. We had a group come by and clean up the tree in the backyard. Our Community Foundation raised over two millions dollars for hurricane relief, and we are still doing good with what remains. 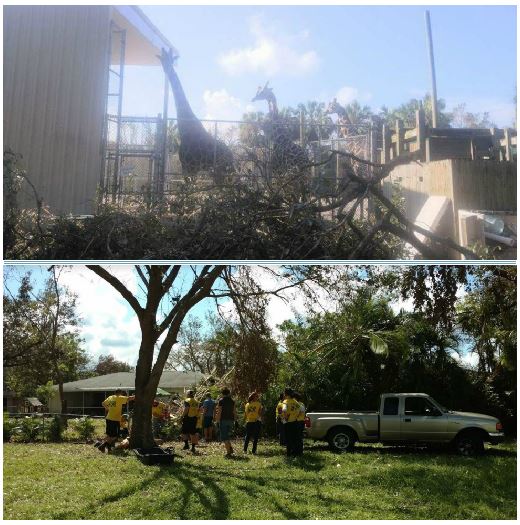 Our city is coming around again.

Posted by Dawn
Email ThisBlogThis!Share to TwitterShare to FacebookShare to Pinterest
Labels: gratitude, keeping on

Truly so thankful that you were spared. Hugs.