when i was eight 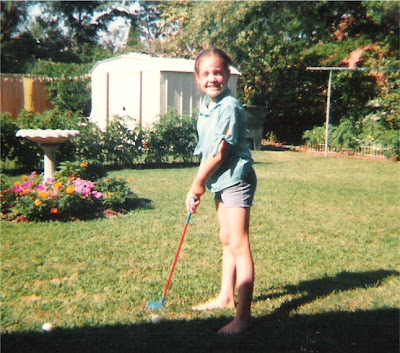 It was kind of a secret... that I got to go. None of the other grandchildren were invited, or ever had been. But for some reason... they wanted to take me. And that summer, I traveled farther than I had ever traveled before. To Virginia, with my grandparents. To visit my Aunt Rose & Uncle Bill. It was a privilege to go... a huge one, and I knew it. I was the good girl. The quiet one. The one who would not think to speak up and make a fuss. Maybe that was the reason they took me...

I have such vivid memories of this trip...
staying at the Holiday Inn along the way
singing hymns in the backseat with my Golden Books Hymnal
marveling that a tunnel could run beneath the harbor
discovering the little cedar gifts in the rest stops along the way
drinking milk with ice cubes
the little girl next door having to go to the hospital in the middle of the night
finding oysters along the Chesapeake with Aunt Rose
the little captain's bed that I slept in
...and going to Busch Gardens in Williamsburg with Uncle Bill.

It felt like we were there all of ten minutes, but in retrospect, it had to have been at least a little bit longer. I recall the bright sun and the bustle of people moving through a sea of those giant tissue paper flowers. My Uncle really wanted to take me on the roller coaster, but Aunt Rose said no. I was treated to a real souvenir... a navy & light blue hat that said The Old Country, and I saw the Clydesdale horses for the first time... probably because they were near the beer tent and that was where my Grandpa was sitting, waiting for us to go. And I like to think... that I caught a glimpse of my husband.

Okay, it is probably not true. But I do so love that old episode of Mad About You when Jamie & Paul run into each other as kids in the museum on a school field trip. And Eric could have been there... at Busch Gardens... in Virginia. He was actually there that same summer. (And I can't imagine that his Dad would have missed the beer tent.) So maybe... or maybe not. Sure is fun to dream though...
Posted by Dawn
Email ThisBlogThis!Share to TwitterShare to FacebookShare to Pinterest
Labels: yesterdays

This is so sweet. I love that you hold these memories so dear to your heart. I think Eric was there. Not at the beer tent..yet.
I love hearing these stories of my friend. It also irriatates me, knowing that if I were in your family, I would NOT have been chosen. :)

What a neat story about your trip, and maybe wondering if your hubby was there at the same time!!!
I have a similar story: My husband and I didn't meet until I had graduated from college. As a high schooler, I was very involved in my church youth group. My husband, a new Christian, joined a church youth group that would do things with my youth group-there is one night our churches played volleyball together-we have pictures of the same event! However, we don't recall meeting each other then-

This was such a wonderful post. I think they picked you because you were so sweet and quiet : ) I am glad they did. I think Grandparents are the most wonderful kind of people. I am glad you had such a special trip with them Dawn! This truly made my day.

PS I LOVED Mad About You!

Isn't it amazing how vivid your memories of that trip are? A lot of my childhood memories are kind of fuzzy, but some are crystal-clear, like this one of yours. And you're right: it is fun to dream that perhaps you saw Eric that day.

I'm glad back-to-school is going well for y'all. We got our oldest off to college last week, and school for the younger two started this week. I'm grateful to be back to the world of routines. I love the freedom of the summer, but I do better when I have a routine imposed upon me. I need to learn to impose my own routines upon myself. I mean, I'm about to turn 46; it's about time I learned, don't you think?

Have a great weekend!
Blessings,
Richella

Oh some day you may find out. I believe that once we go to heaven all unanswered questions will be answered. How cool!
sweet picture. ;)

What a nice story Dawn! I too took a memorable trip--all the way to Hollywood Floridia ;)when I was 14--I went on a plane for the first time by myself and stayed with my aunt and grandmother for a month! Great Memories!!

maybe you and Eric were even on a ride together!! a girl can dream!