worth the royal wait... 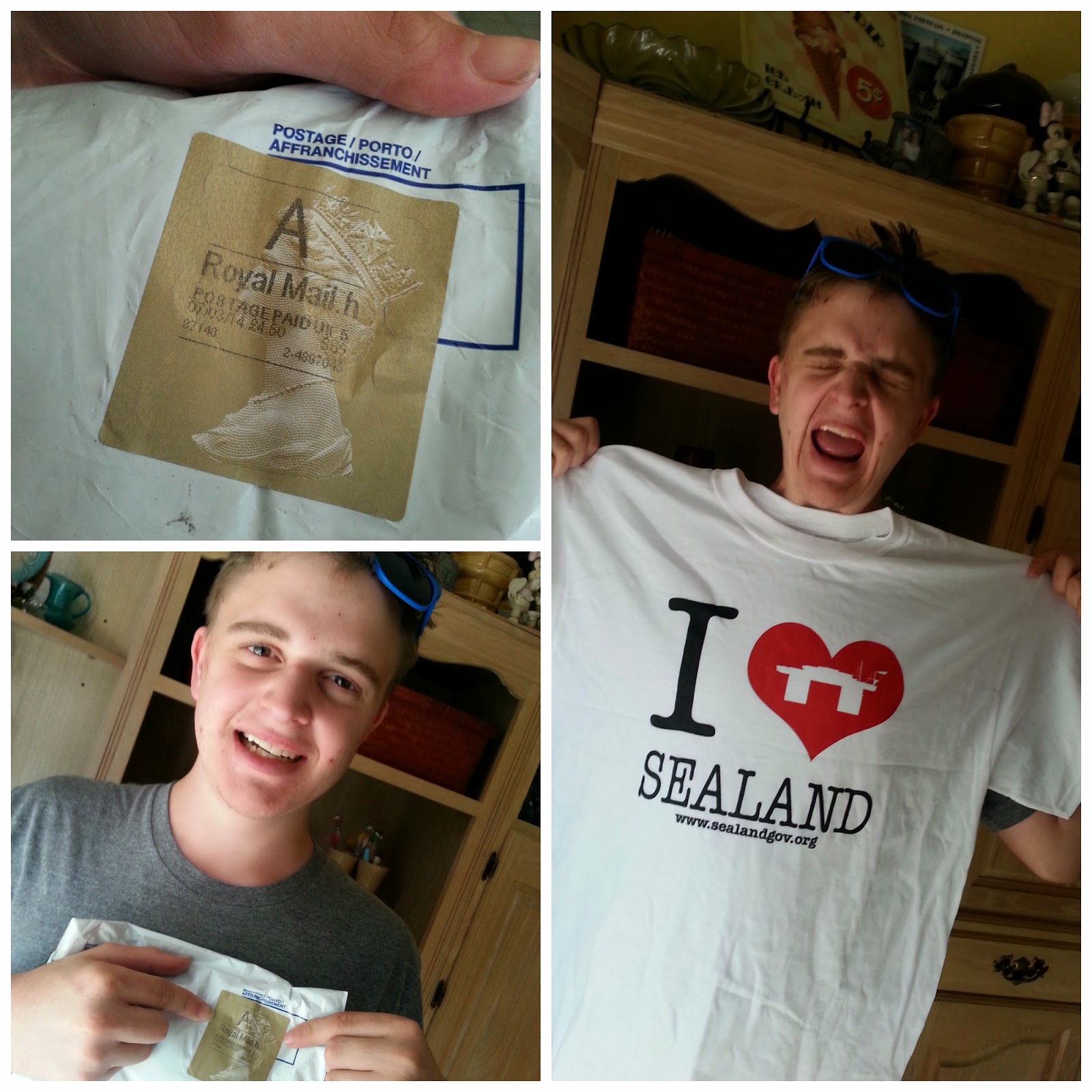 I must have asked him five times to give me a Christmas list... he is past the age of being wooed by every toy commercial on TV and we didn't have the first idea of what to get him.  Finally, just a couple of weeks before Christmas, he made a list.  Some of the things were downright ridiculous, but that was not unexpected... it had happened before {ex...a penguin.}  And other things on the list?  I had to ask what???  Good thing his uncle knew what he was talking about.

Thursday, after fifty disappointing trips to the mailbox, and just eleven weeks after it was ordered, Camden's Sealand shirt arrived.  Where he even heard of this "country" is beyond me... but clearly, he does love it. From the "Royal Mail" postage seal, to the shirt itself, he could hardly contain himself!  You, too, could love Sealand... or even become a Countess!  For a price... and eleven weeks to wait.

I've clicked the link and I'm hooked! Tell Camden we will be studying up on the history of Sealand this week. ;)

I can't wait 11 weeks to become royalty. :)
So glad he made a list for you and you did get him at least ONE thing. A penguin? You didn't get HIM A PENGUIN? I'm placing a call into children and family services…..such abuse.
XO