I had expectations.
Blue sky, gentle breeze, family, friends... and the band.
Eric told me it was going to rain, but I refused to believe it. With each prayer I offered up on Friday, I included one for no rain. And I believed it.
Faith?
Denial?
I think I often walk a fine line between the two. But not for one minute was I going to doubt that my expectations would not be met. I couldn't... I had waited all year for this night. 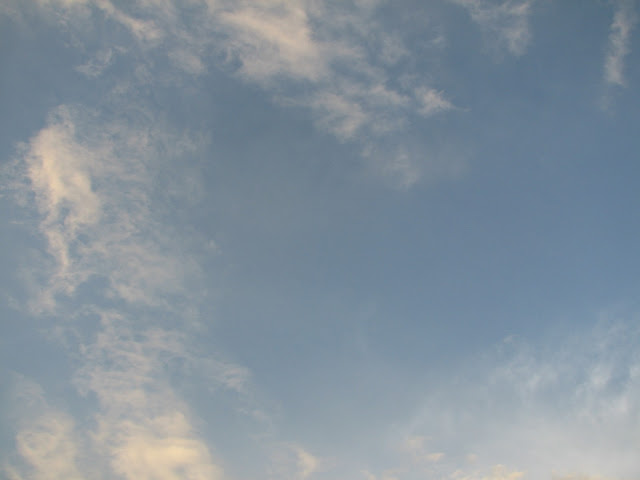 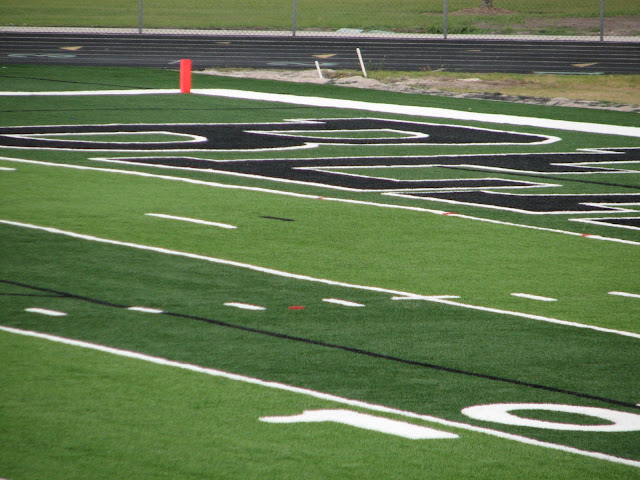 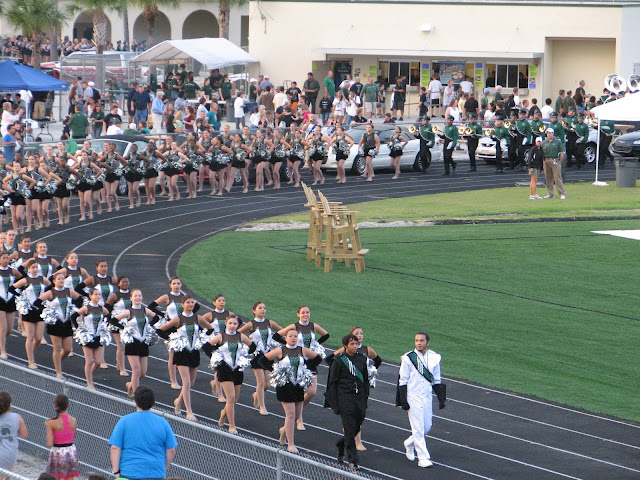 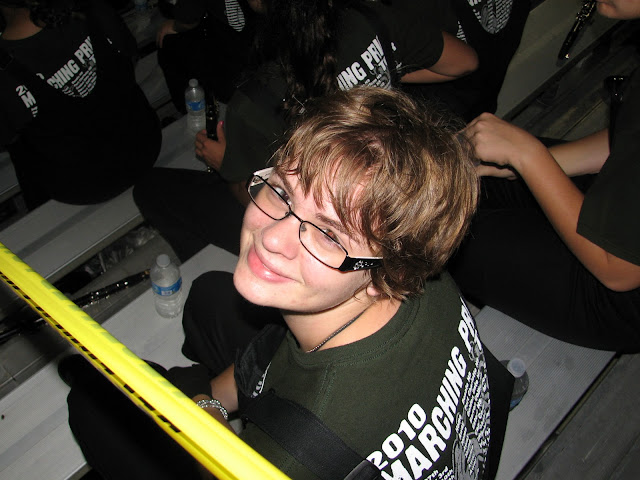 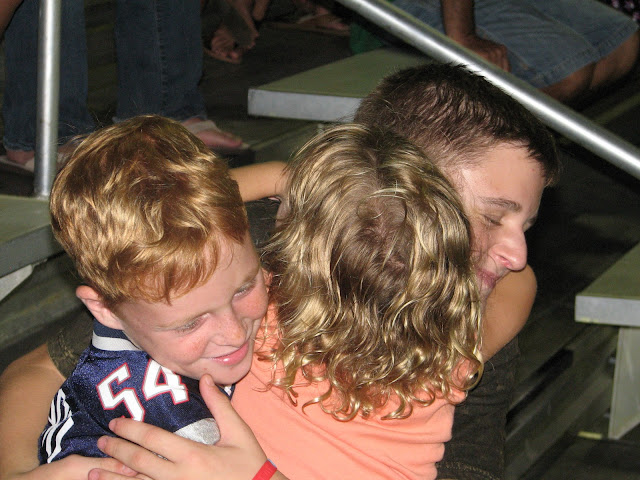 Sometimes He meets you where you are... and sometimes I think He makes a way to meet me where I want to be. Because it was... the perfect night.
Hot and sticky, I climbed up the bleachers and found my seat, focusing on the very small patches of blue that peeked from behind angry gray. Leaning back, I felt it kick up... and saw the flag begin to wave in the breeze. That same breeze... it forced the gray off to the west. And I could breathe... and praise.
It would have been nice if the football team had won the homecoming game... or if the three bouts of rainy mist had stayed away. But my every expectation had already been met...
and if the sky had opened up and poured down after half-time, I would have just danced in the rain.

Homecoming! Wow, how could it be time for Homecoming already?? I'm so glad the rain held off!

Honestly, I'm thinking you and Eric are the best band parents ever. And I know you're savoring every moment of it.

oh friend how i've missed checking in on you & your adventures, thoughts, words & journeys!

that is a whole lot of pom poms--there are a lot of dancing girls (or whatever they are called in your band) in that group!! How big is that band!

We did get very lucky, the threat was there. (we felt it!!)
Great photos Dawn!

I have enjoyed catching up with what's been going on in your life! Love the homecoming post-your ability to find JOY everywhere, Laura's gift of vision and being able to see you on the other side of the camera! Simply beautiful!!!