the balloons, part one 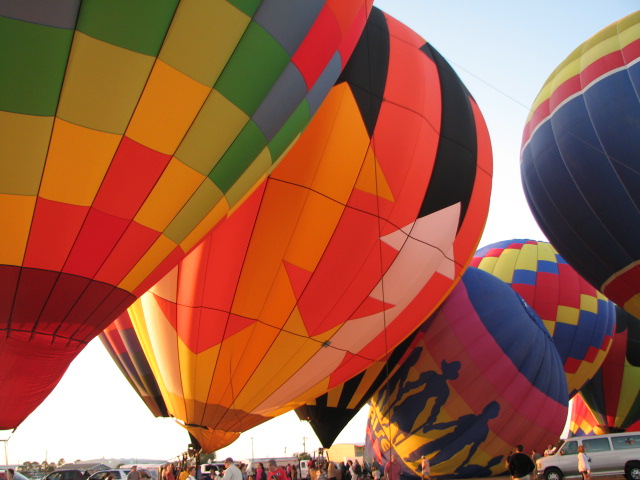 My love affair with hot air balloons surely began the year I was in first grade... the year the Double Eagle made its attempt to cross the Atlantic Ocean. I was there when it lifted off, in my hometown.
I remember the sand pit, the orange helium balloon someone passed me, and rays of sun so bright and low. And I remember the cake my Mom made for the pilots, a replica of their black and silver-y balloon. There was a photo of her with the cake and the pilot, too... and her smile was as bright as that sunshine.
: :
I have dreamed of going to a hot air balloon festival... even schemed crazy treks across the nation to try to get to one. But the timing has never been quite right. Last September I found out that a local group was planning a festival, and it has been on my calendar ever since. And this past weekend... the balloons arrived. 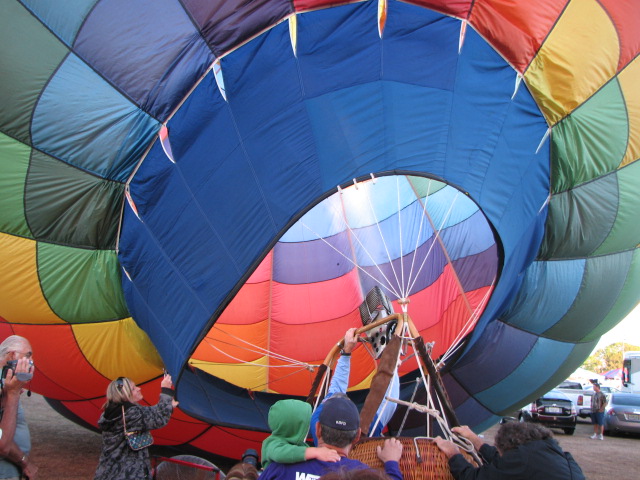 We planned to on Sunday, but the excitement of it all pushed me to gather a couple people to drive out on Saturday too. The early morning was a tough sell... but in the end, everyone agreed that it was worth it. Pulling up to the lot, I spotted my first balloon aglow, and all my giddy spilled over. My friend's teen turned and laughed... telling me I was acting like a five-year-old. She was not wrong... but what is life if we do not let our laughter and excitement spill over the top? 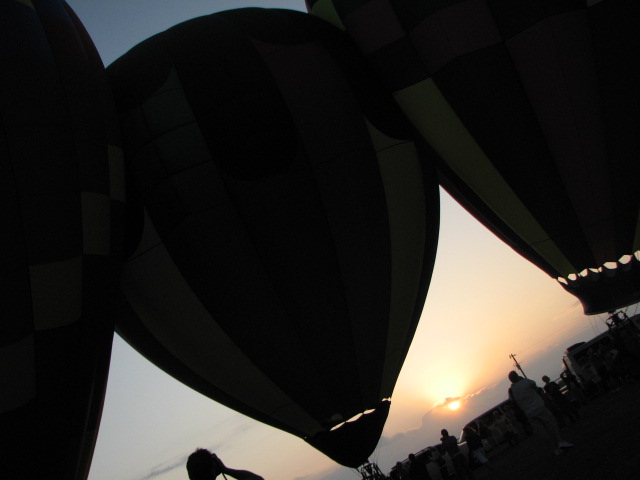 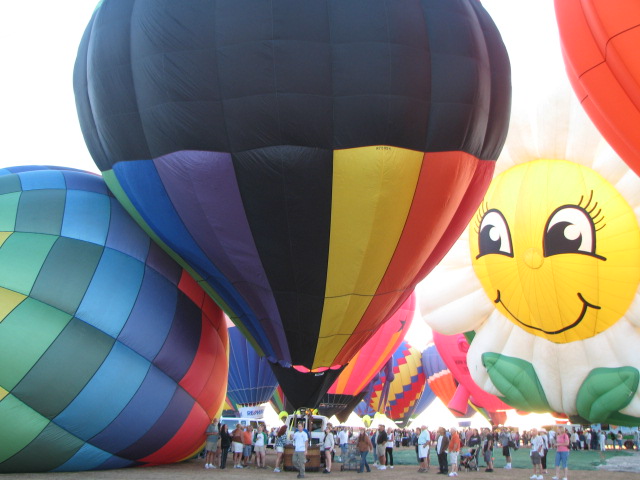 The morning was glorious... and too windy for the balloons to lift off. Eric asked it that ruined it, but truly, nothing could have ruined for me. Heat of the fire, race of the blowing fans, brilliant colors almost aloft... and I was right in the midst of it! I love those flying colors... and could have watched them all day.
But it turns out, even though no one was flying, I could do more than watch...

Posted by Dawn
Email ThisBlogThis!Share to TwitterShare to FacebookShare to Pinterest
Labels: balloons

The photos are stunning...the balloons are gorgeous and fun!
How did I not know of this love affair between you and the balloons? You've been keeping secrets!
And, yeah, when is acting like an excited five year old ever NOT appropriate?

I love the balloon pics...so pretty. And a cliffhanger too! Can't wait to hear about your adventure. : )

I love hot air balloons too! there is a festival not far from here and every year I'm like, "we should go," but it's always at the worst time of the year. So we've never been . . . but someday. :)