The phone. Even though I hate to make phone calls, I do love the phone- and the way you can be connected in just a few little rings. Laura is not a phone girl, but I was- big time. I spent hours on the phone with Amy, my very best friend- in fifteen minute increments, thanks to my Mom's great kitchen timer idea! Now that we don't talk every day, our phone calls last about six or seven turns around the timer... 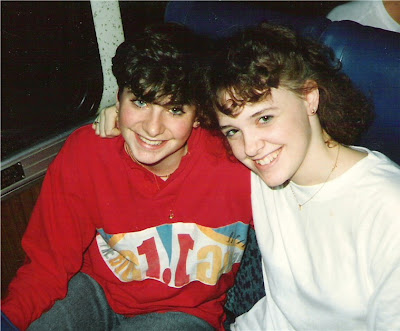 When Eric & I were first married, he was out to sea on the USCG Cutter Dallas... and communication was very sporadic. Occasionally though, the phone would ring and it would be the MARS operator, and Eric & I would have the chance to talk over the radio. The whole world could listen, if they chose, and after each statement, we had to say "over." At least he knew I loved him... over.
And then, there was Guantanamo. Six months after Eric returned home from his 9/12/01deployment, his Port Security Unit was called up again. We were able to talk more freely than in the past... due to technology. But the most amazing thing to me was the video phone. The PSU had one in Cuba, and we had one in St. Pete. Once a month, the families would gather up in St Pete... we'd socialize, commiserate, and have a chance to use the video phone. The kids loved it... and me? I was happy to see Eric looking healthy and strong, but it was hard... to see him, and not be able to touch him. 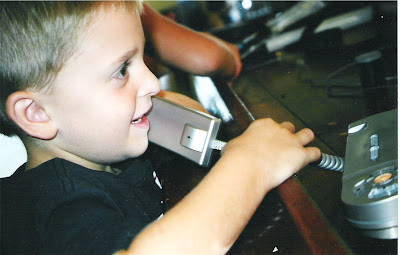 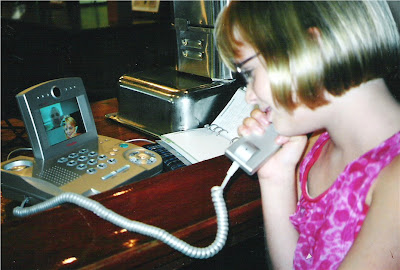 Today, my friends all know, when the phone rings (mine, or theirs!), it is more than likely Eric. He's not calling to keep tabs on me... he's just calling to say "I love you..." maybe to make up for all those days when we could only think it in our hearts.
Posted by Dawn
Email ThisBlogThis!Share to TwitterShare to FacebookShare to Pinterest

This is sweet. You know I don't like the phone so much either, but it does not stop US from talking on it. Yes, Eric does call you a lot, But I thought it was only when we were talking. ;)
take care. Over.

Those pictures of your kids on the video phone are precious! The one of your daughter especially almost brought a tear to my eye! I can imagine how hard it was to have your husband away..

I must tell you... the other day I heard of an amazing rescue at sea by the Coast Guard... it made me think about your husband. It is really an amazing story. Matt Lauer interviewed the Dad who was rescued on the Today show (You can probably Google it and find the interview if you're interested). The Dad and son (who was 12 or 13, I believe) were swimming in the ocean in Florida and got pulled out by currents and were adrift for something crazy like 15 HOURS) but then rescued alive (!!) by the Coast Guard! Really a miraculous and wonderful story (made even more special by the fact that the son is autistic...) Anyway, it was touching. Since your husband was in the CG I thought it might be something you guys would like to hear about/read about.
:-)