We walked in and out of his three month check up today... and as we were leaving, a woman came in on a backboard and stretcher for her own appointment. All at once I realized... that while I have been so thankful, I have not known the extent of how truly thankful I am. Not until that moment.  Life could be so very, very different right now. 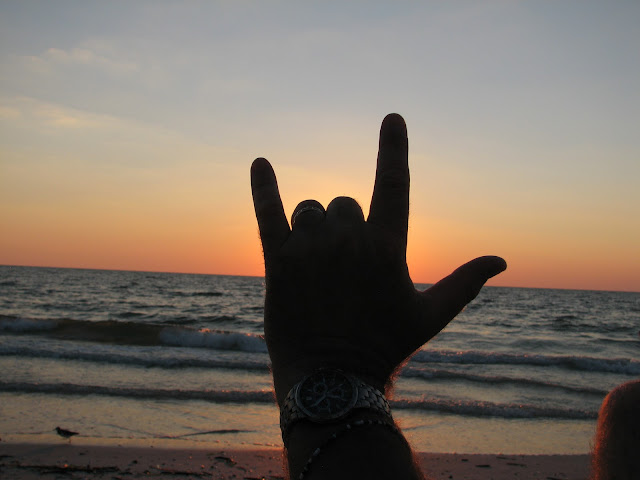 I didn't really mean to leave you hanging here... but life kicked in and there was fiesta planning and Christmas preparations.  So let me pick up where I left off... in the emergency room.
: :
I wandered back and forth.  When he called for me, I sat by his side in the small room right next to the nurses station.  And when they slid him over to a new stretcher and wheeled him off for another x-ray, I made my way back to the waiting room, to update my friend.  The cycle continued for hours upon hours before there was finally news.  At least two broken vertebrae (turned out to be 3) and a transport to a different hospital.  I can't recall a time I was more torn... follow him downtown, or head home to children and a few hours rest.  He told me to go home, and even though I knew it was the right choice, it was so hard to send him off into the second ambulance of the night.
Morning came quickly.  I assured them and kissed them, let them know he would be okay.  I wrapped them up in my arms, perhaps more for me than for them, and headed straight for my sweetheart.  I'm not sure I was prepared to see him so broken and in such pain... even though only five hours had passed.  In the light of day, vision is so much more clear.  But in the face of the unknown, I stood strong, trying to convince myself I was.  Within minutes, the routine of x-rays continued... and there I stood, alone and unconvinced of strength.  Breathe in.  Breathe out.  And before I could breathe in again, our friend Jim was in the doorway.  Hadn't I called him (far too early on a Sunday morning) only thirty minutes ago?  He had been on his way to church, and yet now here he was.

Nurses came and went.  Eric was wheeled out for test after test.  He was still in the bed, unable to move without great pain, and his breathing was labored and painful... lungs battered and bruised from the impact of the fall.  Doctors made quick reports with not-quite enough info, even they had to wait for puzzle pieces to come together before decisions were made, before surgery could be ruled out.  Through it all, friends and family and Eric's co-workers came by, offering anything and everything we needed.

It is what I choose to remember most.  The revolving door of people who love us.  A friend who sat and watched the whole Saturday night emergency room crowd come and go.  Another that put aside his true dread of hospitals and just showed up... every day.  Bleak days (five of them) were laced by their laughter, blessed by their prayers and presence.  I don't think I knew that there were people would go this distance for anyone... let alone us.

The healing is almost complete.  Another month of intense physical therapy and the doctor expects he'll be back to making the world a safer place.  It has been a long road... but peace and grace have covered us along the way.  And your prayers.  When you sent me a note, I felt love... and when you commented that you were happy to see him up and around, I gave thanks for it all over again.  You have been a part of my healing... thank you.  We are a little less broken these days.

here are the other links of things I posted along the way:
-choose blessings
-holding on
-while we wait
-finding my way
-there is peace
Posted by Dawn
Email ThisBlogThis!Share to TwitterShare to FacebookShare to Pinterest
Labels: eric, faith, hospital

Love the picture. And the story of how the body of Christ surrounded you physically and in prayer.

What a great way to put it, Dawn. Not completely whole yet, but a little less broken. Hallelujah. Thank God for healing--and for the "glue" he provides along the way.

Such a long road indeed...so thankful that he will be more than less broken; he will be Eric again.
xoxoxo

So thankful he is on the mend, even if the road ahead still seems a bit steep and bumpy. : ) Hugs and love!

praising God for healing, for Christ friends, for love, for support, for you and your family ...

still praying for you both Dawn!!