When Cam picked out his birthday plates & napkins last month, we let her choose a set, too.  Last week, we sent her a birthday-in-a-box {including a cake & candles} along with her birthday gifts... and those Frozen plates.  If we couldn't all be together, I wanted her to know that we were celebrating her anyway.  And that we wouldn't let her birthday pass like any other day.  I even posted birthday photos on facebook...

Saturday she expressed her joy and thankfulness... that so many would send her happy wishes.  She felt celebrated... and if I had one wish for her day, that would be it.  Because it feels so good.
: :
All I wanted was to see the Christmas decorations at Disney World... and December rushed by, as she likes to do, and there was only one weekend left.  He was supposed to work, but since it was my birthday and he had vacation time to burn, off we went.

At 42, I have learned how to mosey through a theme park {those who have traveled with me are now gasping and picking themselves off of the floor!}  We picked our favorites and the things we had never experienced, and strolled... and it was lovely.  My favorite?  Watching the Osborn Spectacle of Dancing Lights turn on in Hollywood Studios.  Dusk turned into a rainbow of sparkling lights, and I gasped with delight.  And when those lights started dancing?  A squeal could not be contained!  The woman standing in front of me turned and looked at me... and I admitted to acting like a five-year-old.  {Forty-two?  Five? They are really close, right?}  Later we walked through again... and I found a spot to sit and enjoy.  I could have watched them the whole night.  And when the soap-snow fell from the angel-filled sky, I was filled with pure joy. 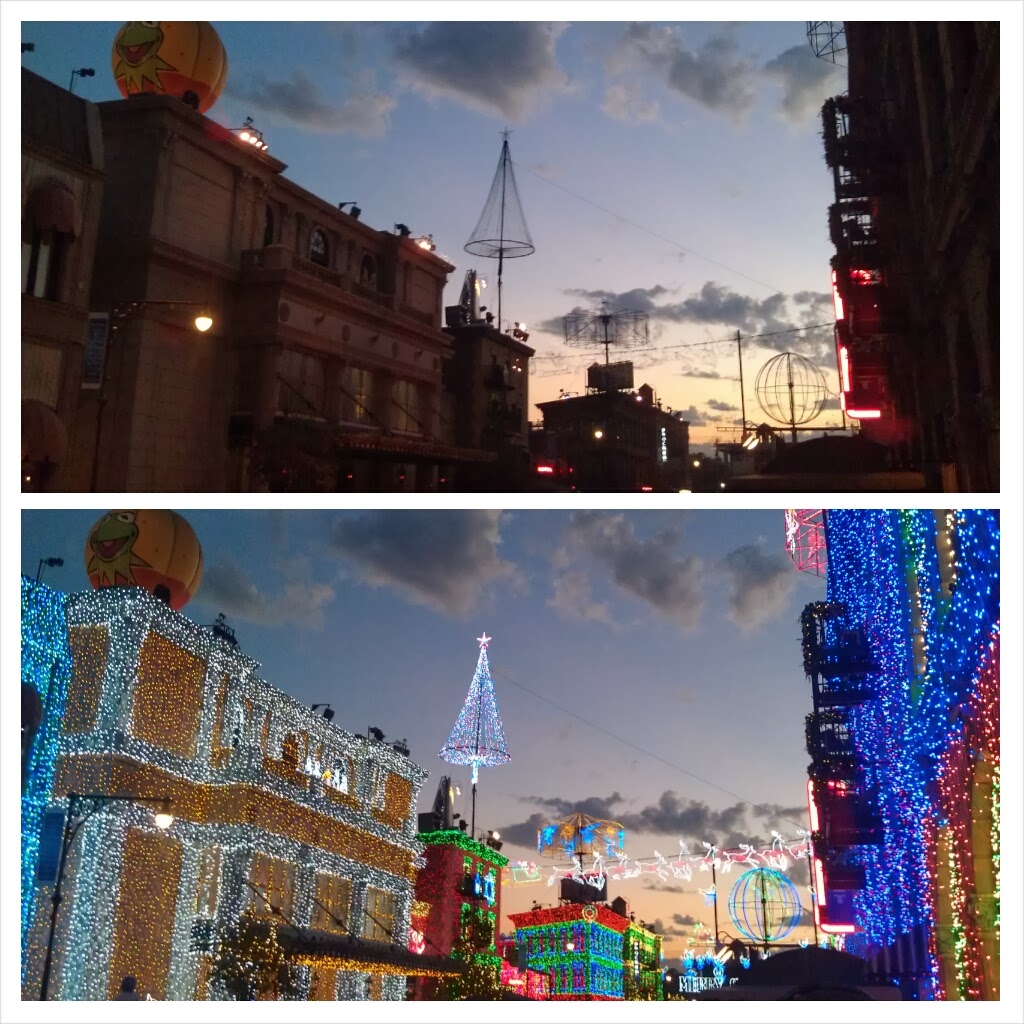 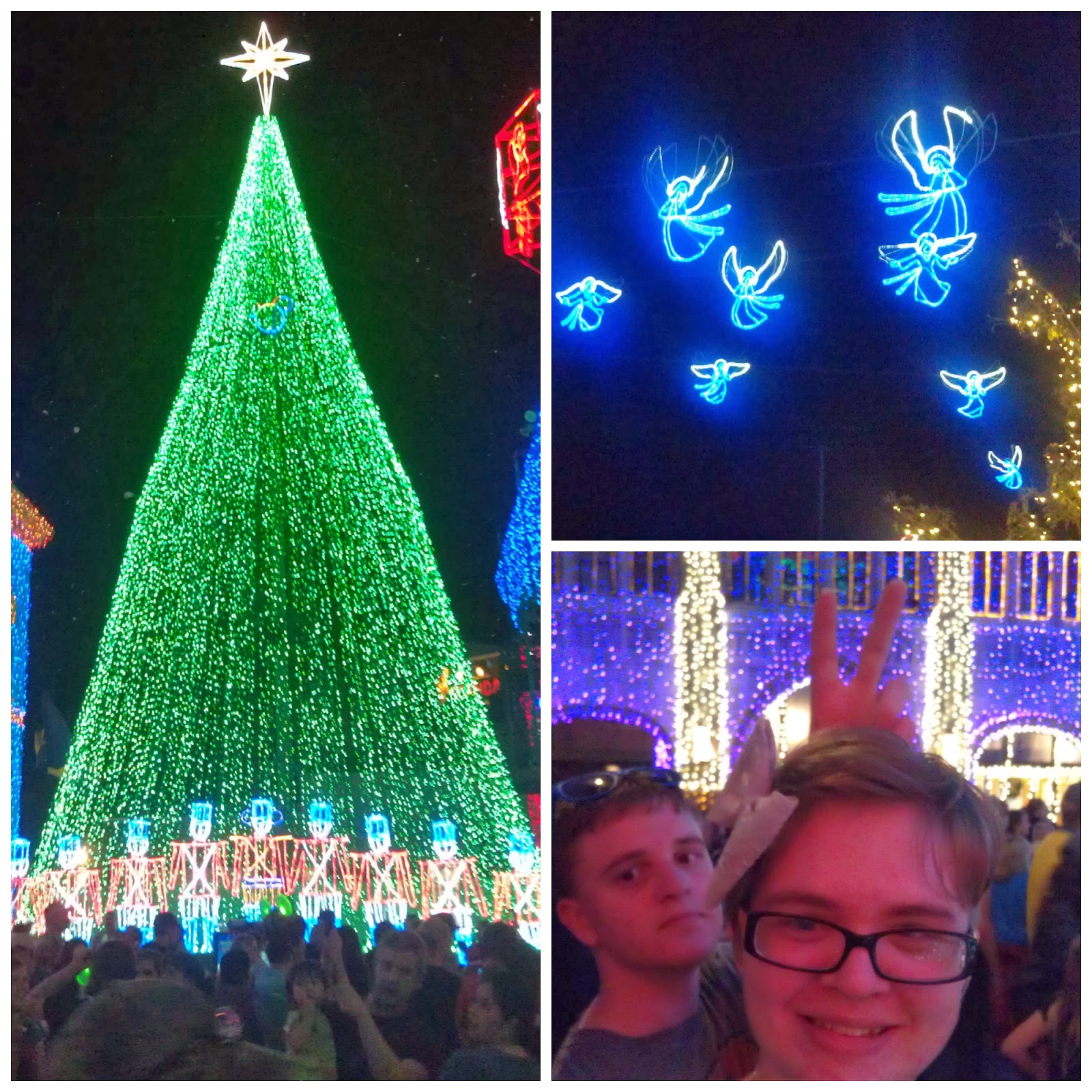 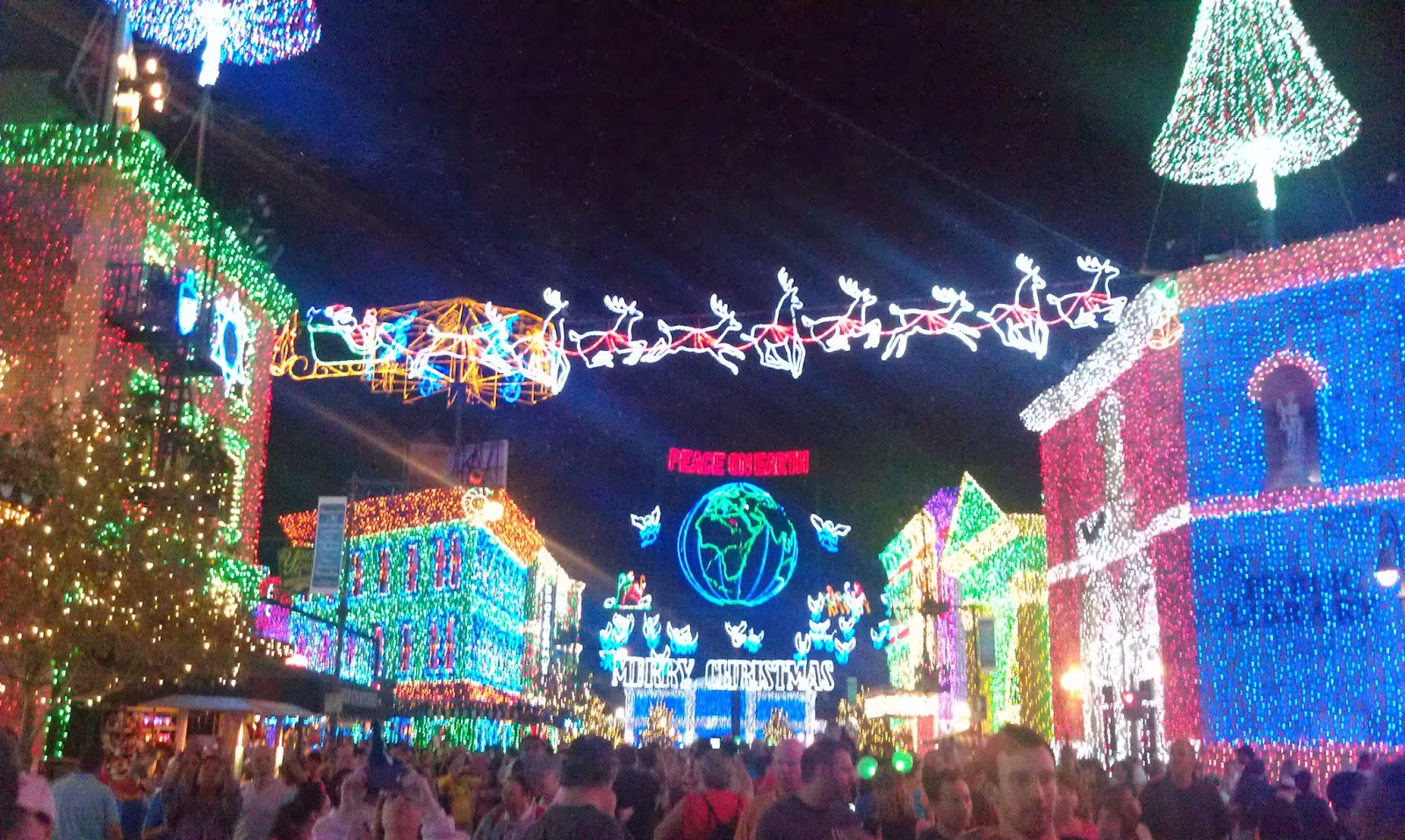 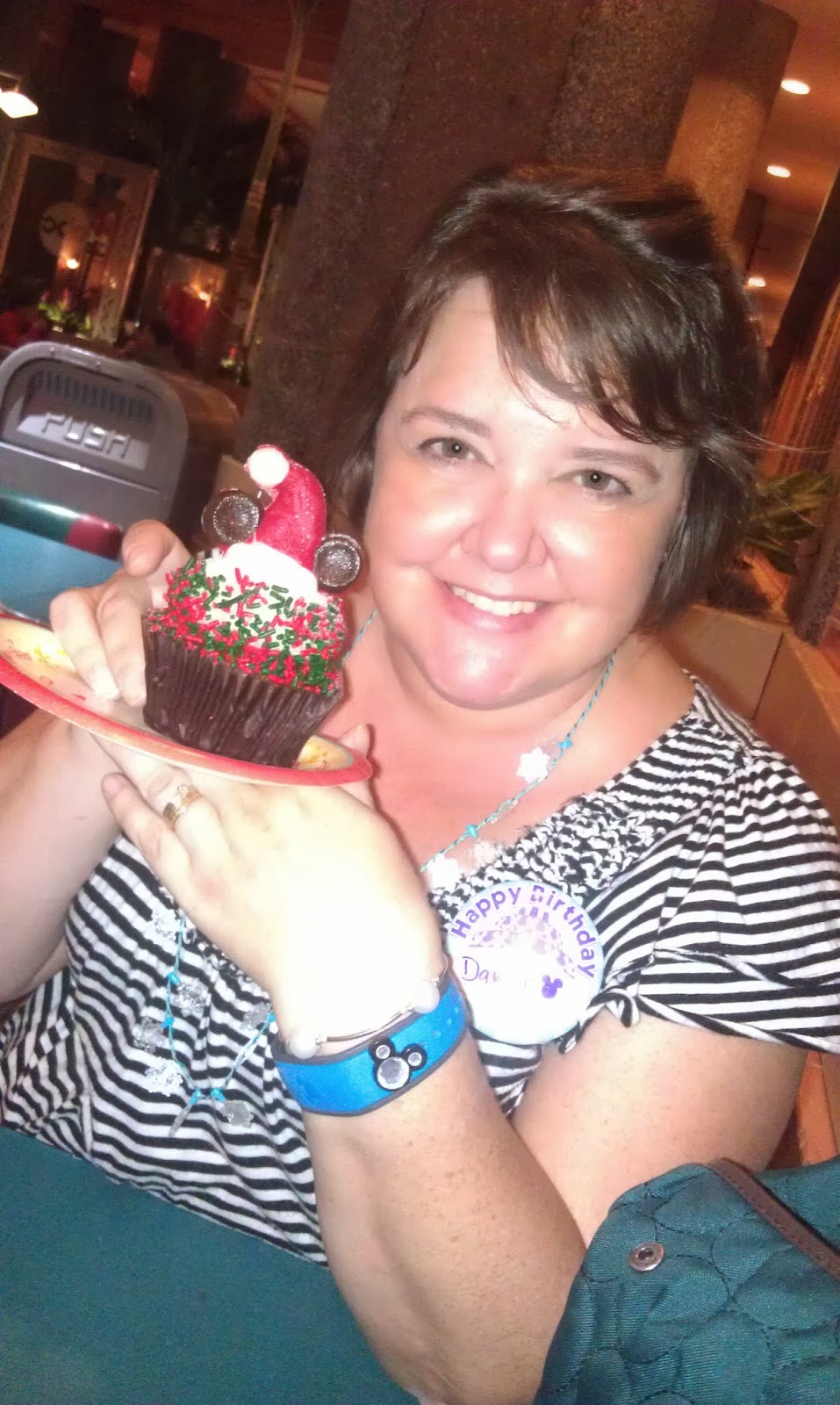 All those lights, and a free birthday cupcake?  I was giddy.  Absolutely giddy. And oh-so-celebrated.

You're such a good mom! I'm so happy she felt celebrated even across the miles. I'll bet you danced a little with those lights, too. Oh, they look amazing in the photos; I can only imagine what they looked like in person.

P.S. Teach me to stroll, please?

I love this! So many birthdays….and so much fun.
Laura is awesome; so glad you felt that way on her special day. I'm still gasping about your strolling. I never ever thought this would happen. never. ever.
The light show is gorgeous and I agree, 42 & 5 are so close when it comes to fun.
XO

Where there's a will, there's a way, even if moseying is required. :) I so relate.

A Birthday in a box - what a special thing to be celebrated!