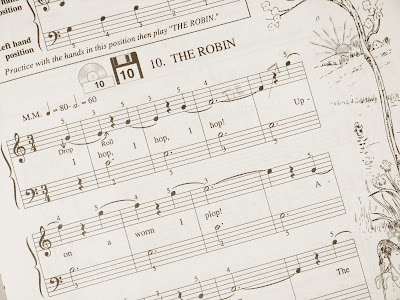 I remember the first week Camden had this song to practice...it was hard. He sat down to practice, and was soon frustrated. When I sat down beside him...to see if I could help...I became frustrated. The counting was hard...the hand position was new...and then you were expected to change hand positions. It was hard to keep going, but he did. And at the end of the first week, it started to fall into place. 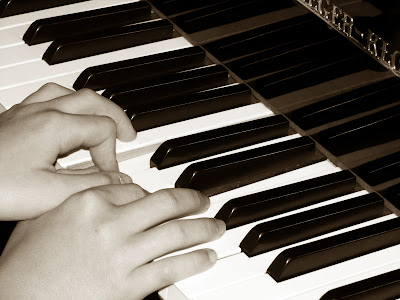 When Ms. Julie asked Camden to be in the piano recital, he was so excited! And he got to choose any song he had already played...and he chose...The Robin. And so Camden practiced the Robin for another week...I was certainly skeptical...but he wanted to play The Robin. He worked and worked...and before long, he really knew it-even without the music. I sat back and just listened...he had done it! I had given up, but he persevered. 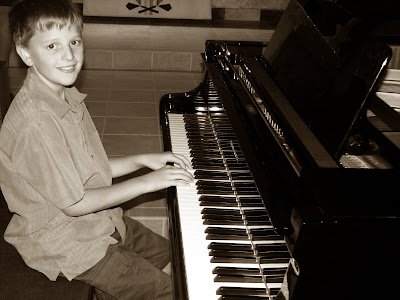 Today at the recital, he was confident...not even a trace of nervousness. Our family sat in good view of the beautiful grand piano...Gran & Grandad, Gramma & Grampa, and Great Gramma D, too. With a smile on his face, Cam made his way to the piano bench and his fingers danced along the keys...perfection.
Posted by Dawn
Email ThisBlogThis!Share to TwitterShare to FacebookShare to Pinterest

he looks so confident and proud! bravo, camden!!!