the search is over 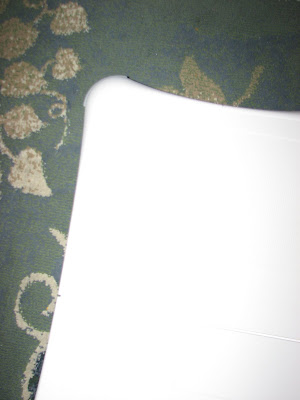 We have been looking for WiiFit for a month or so... when we are in a store, we check to see if there will be one on the shelf someone overlooked, or maybe one just recently placed that has not yet been discovered. We had heard that there will be another "round" of them in August, but if we could find one before then... The only tip I know that will even give you a chance at finding something so unattainable is to watch the ads... and then be there first thing when the store opens. So, yesterday morning, I checked the Target ad online and what do you know? WiiFit! It was only 6:40, and the store didn't open until 8, and church doesn't start until 9:30... so should I go for it? I decided I should- and tried so hard not to get my hopes up! There were a few other people waiting outside of Target when I arrived at 7:30... at the other door. After a while, an older man, Sal, came, also looking for the game, and we chatted. He was sure I would beat him there, so could I save him a WiiFit? Oh my... I hate to make a promise I can't keep... but I said I'd try. I had already decided that I wouldn't be fighting anyone over this game if there were only a couple. At 7:59 we were standing right in front of the door, and they opened my side first (maybe a whole minute before the other side!) and I speed walked... then jogged.. then speed walked... then ran... then speed walked... then jogged the last bit. I was the first one to the electronics section! Yippee! And about 2 seconds after I arrived, along came the rest. The employee told us there were plenty, and I was happy for the others in line... especially my new friend Sal. At that moment, I could feel my legs shaking like jello... I can't believe I did this... I can't believe I have this game I wanted... I can't believe how crazy this is... The line was long as I walked out of the store... my shortest excursion to Target, by far! I was back in the car and on my way home at 8:04! Plenty of time to get ready and make it to church! We played it all afternoon, the four of us. You can bank 40 minutes of exercise without even thinking you are... exercising! I think we may all be arguing soon about who gets to workout first.... hmmm... who woulda thought!
Posted by Dawn
Email ThisBlogThis!Share to TwitterShare to FacebookShare to Pinterest