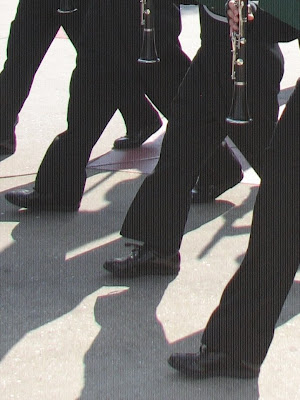 It was definitely fun to play in the theme parks with my Mom & Sister & Pam... but Saturday morning brought the reason we travelled to Orlando- a parade! But not just any parade... my daughter's first. The Marching Pride was ready to take on Universal Studios! When we arrived at the park Saturday morning, we were sad to find out that the parade was not quite a parade at all... it was actually just our band. Disappointment... for us? for them? both? It doesn't matter, because it didn't last long. As soon as the band marched out of the gate I didn't care that there wasn't a real parade. The band was enough for me! I shouted and cheered... laughed, and cried... snapped pictures, and then chased them down to snap some more. Later Laura said to someone that I followed them the whole time. When I disagreed, she looked at me and said I saw you, like six times. Okay... so I followed them some. But not around the whole park! That would have been ridiculous! I would not have had enough energy left for more rides! The parade ended with a hug... from my Mom to me. A few more tears on my shoulder. Worth every moment. 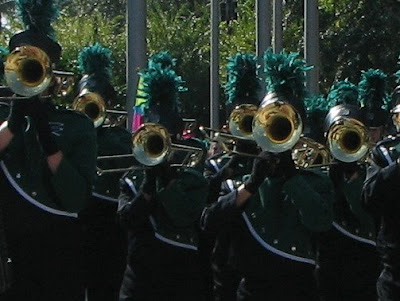 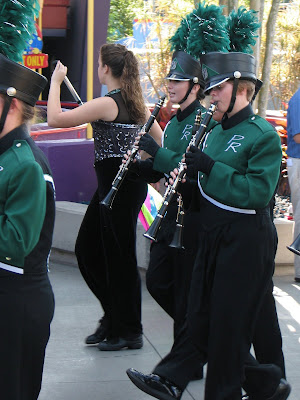